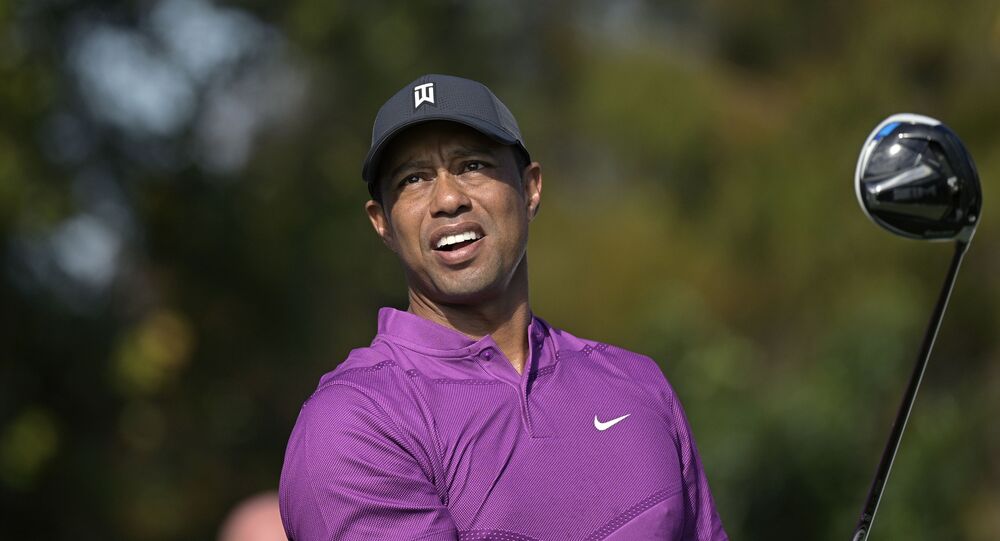 Legendary golfer Tiger Woods sustained major injuries in a solo car accident in February. Police revealed in April that the sportsman was exceeding the safe speed limit by a significant margin. He was seriously hurt, sustaining several compound fractures on one leg and other severe injuries.

Tiger Woods was spotted on Tuesday in Los Angeles, reportedly for the first time since his car accident, according to a video shared by TMZ.

The athlete was seen on the Los Angeles airport tarmac, siting with his girlfriend, Erica Herman, in a golf cart. He had crutches and was wearing a compression stocking on his right leg.

Woods, who was going into rehab in Florida, apparently for the first time returned to Los Angeles since receiving medical treatment in two Los Angeles hospitals.

"This has been an entirely different animal. I understand more of the rehab processes because of my past injuries, but this was more painful than anything I have ever experienced," he said earlier, speaking to Golf Digest.

He didn’t reveal at the time whether he would be able to return to golf, saying that his only goal at the moment was to be able to walk on his own.

The accident occurred on 23 February in Los Angeles. Woods’s car flipped over after hitting a curb and crashing into a tree. The golfer severely damaged one leg and underwent several difficult surgeries.

It was said that the athlete had been speeding at between 84 and 87 mph although the limit was 45 mph. Investigators found out that at the time Woods pressed the accelerator instead of the brake pedal. The police said that no evidence was found that during the accident Woods was intoxicated with drugs or alcohol.