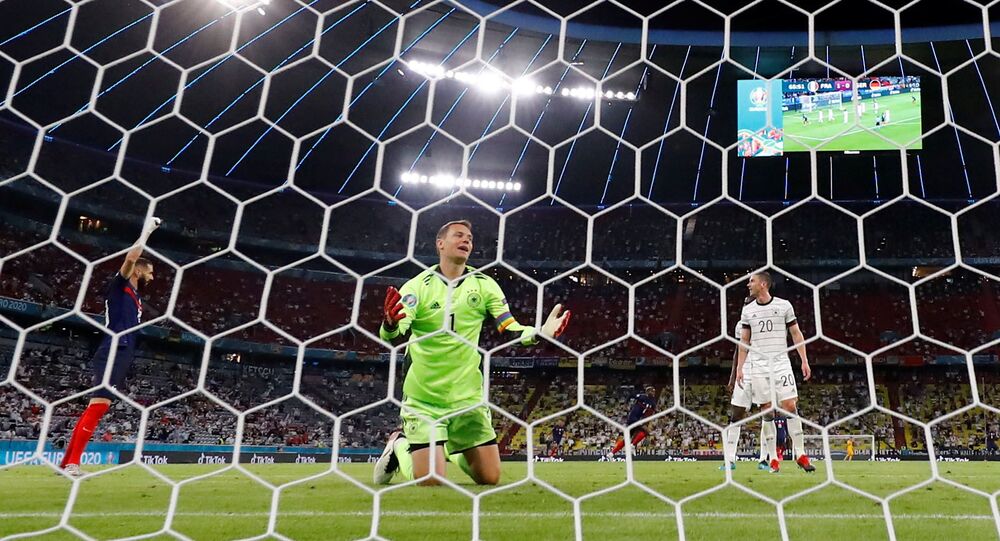 The outcome of the game marks the first time the German national team has been beaten in the first EURO Championship match. The tournament, cancelled last year due to the pandemic, kicked off on Friday.

The French national football team won its match against the Germans on Tuesday in the final game of the 1st round group stage of the 2020 UEFA European Football Championship.

The match, held at Allianz Arena in Munich, Germany, ended with a 1:0 score, as German defender Mats Hummels performed an "own goal" in the 20th minute.

During the game, two goals were scored by French forwards Kylian Mbappe and Karim Benzema, but they were canceled by the referee after registering an offside position.

Before the game a Greenpeace activist landed on the football field with a parachute, which was saying “Kick Out Oil.”

Apart from France and Germany, the national teams of Hungary and Portugal play in the F group, considered a "quartet of death" due to the glorified teams gathered there. France's win means that it will meet Portugal on 23 June. The latter concluded the game with Hungary with a 0:3 score.