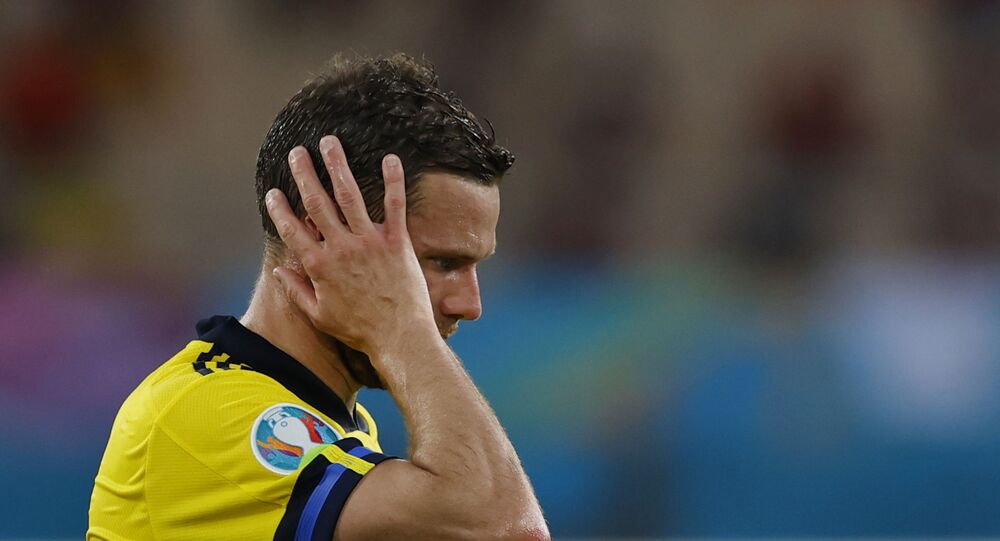 The threats came after Berg missed an open goal during a match with Spain.

The Swedish Football Association has contacted the police after national team striker Marcus Berg was abused on social media.

The “threats from fans,” as AP puts it, came after Sweden’s 0-0 draw against Spain at Euro 2020, during which Berg missed an open goal.

Sweden officials have complained that some of the posts contained illegal threats that have since been reported to Swedish authorities. Berg said he's turned off his social media channels but has apparently been made aware of the threats, the media outlet adds.

"It was tough yesterday and tough last night. What happens on social media is really sad," the footballer said during a news conference with Swedish media. "The things that are written, it's not acceptable. No one should have to take so much crap."

According to BBC, the abusive comments were made under images Berg posted on Instagram.

"I have spoken to Marcus and we've sat down and collected what's on the internet, or what we can find, and it's more than enough to feel it has gone over the boundaries we can accept," the Sweden team's security chief Martin Fredman said. "So the next step is to go further with a police report, and the police are prepared to hear from us."