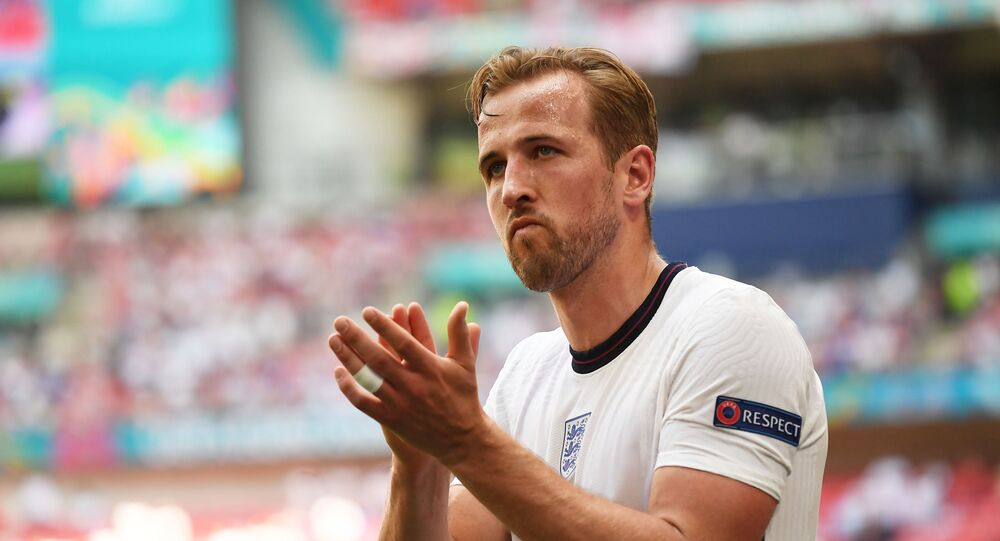 England skipper Harry Kane is widely regarded as one of the best strikers in football. The Tottenham Hotspur forward is also known for his technique, ball control, creativity, and passing. His ability to control the flow of his side's offensive play is world-class, making him one of the most prolific goal scorers in Premier League history.

Arguably the best centre-forward in the world currently, Harry Kane is a highly likable and non-controversial figure among fans of the game.

Last month, he underlined his status as one of the most competent forwards in football after winning both the Premier League's Golden Boot and Playmaker awards.

With his 23 goals and 14 assists during the 2020-21 season, Kane became the first player in 22 years and only the third player in the history of the English league to finish as the top goal scorer as well as the player with the maximum number of assists.

Before him, only two players achieved a similar feat. Andrew Cole reached the milestone with Newcastle United in 1993-94, and Jimmy Floyd Hasselbaink accomplished it for Leeds United in 1998-99.

It is Kane's third Golden Boot award, making him the third player to complete a hat-trick of the award in the Premier League. Before Kane, English legend Alan Shearer and former Arsenal superstar Thierry Henry accomplished the award-winning hat-trick.

Kane's stupendous success was not achieved in a day.

At the start of his career at Tottenham - or the Spurs, as the club is popularly known - Kane was believed to be a one-dimensional forward, who could hit the ball extremely hard, but lacked other qualities.

As he spent more time at White Hart Lane, the home of the Spurs, Kane gradually developed into a forward with an extraordinary passing range, amazing foot speed and quick movement, who could tear the defenses of even the best teams apart.

There was a time when Kane was the world's best player inside the penalty area, but now he is perhaps the best player outside of it, as well.

Former footballer Syed Rahim Nabi, who played as a midfielder for the Indian team, spoke to Sputnik about Kane's qualities on Tuesday.

He said Kane is the best centre-forward in the world because he is "ferociously fast and is always a step ahead of his closest rivals."

"I think he is a better finisher than both Lionel Messi and Cristiano Ronaldo, but what sets him apart from the rest of the field is his special knack of being in the right place at the right time," Nabi added.

Former India international player Mehtab Hossain termed Kane as the most perfect centre-forward that anyone could find in football at the moment.

Speaking to Sputnik on Tuesday, Hossain said: "Kane has no pronounced weakness. He is simply excellent at ball possession, creates a plethora of opportunities for others and is definitely a leader on the field."

As a finisher, Kane can hit the ball extremely cleanly with both feet and more often than not he tends to find the corner of the goal. He is possibly second best in heading skills, after Ronaldo, who is the master in aerial shot-making.

Kane's extraordinary range of shots, from ball possession to outpacing his rivals with extreme speed to outmaneuvering opponents with smart moves in the penalty area, makes him tough to defend against.

His sharp and sudden movements in the penalty area are a nightmare for rival defenders because once he is close to the net, he is a threat no defender wants to encounter.

A defender finds Kane exceptionally tough to second-guess and that's the reason the England skipper almost always returns from the penalty area with a goal or an assist.

But what truly makes him the best centre-forward in the game is his anticipation and variation of movement.

Praising Kane's movement and his ability to predict the direction of the ball, Hossain said that Kane is brilliant at positioning himself while receiving a pass or a cross. "He anticipates the movement of the ball better than anyone else in football and it allows him to control the game with his offensive style of play."

Kane is currently leading his national side in the Euro 2020, where the Three Lions, as England is popularly known, defeated Croatia 1-0 in their opener on Sunday.

Even though Kane did not score in the game, England boss Gareth Southgate has huge expectations from his captain and he will be looking forward to seeing him score a number of goals in the tournament.

Bellingham Becomes Youngest to Play at Euro: Who Are Other Teens Who Made History at the Tournament?