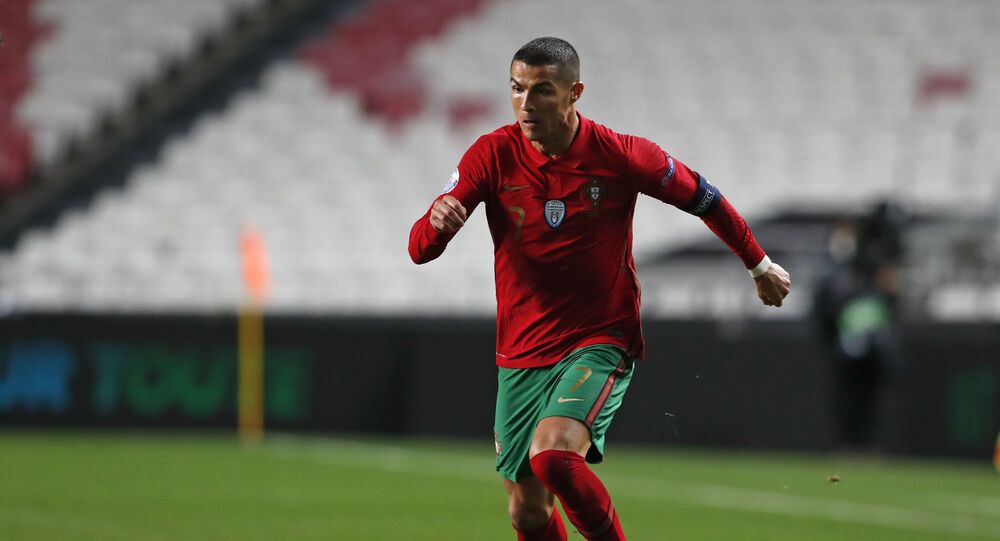 Portugal are the reigning European champions after defeating France with the help of Eder's extra-time goal in the 2016 final. If Ronaldo's side manages to defend their title this year, CR7 will be just the second captain to lift the trophy on two consecutive occasions, alongside Spain's Iker Casillas.

After a difficult season with Juventus, during which Ronaldo scored "just" 29 goals, questions have been raised about the Portugal captain's future.

Juve finished fourth in Serie A and only secured Champions League qualification on the final day of the season by beating Bologna 4-1.

However, CR7's stock remains high and Portugal's manager Fernando Santos believes the forward is still one of the best players in the world.

"I don't think any team in the world can perform better when its best player is not around," Santos told reporters when asked if he considered dropping Ronaldo from Portugal's Euro 2020 squad.

The Portuguese skipper is on the cusp of breaking yet another record; with 104 goals, the 36-year-old only needs six more to overhaul Iran's Ali Daei’s record of 109 international goals. However, this is not the only personal milestone Ronaldo is chasing at the Euros – if he registers just one goal during this tournament he will become the competition's all-time scorer ahead of French great Michel Platini, who scored a total of nine goals in the European Championships.

What's more, with a single win at the Euros, Ronaldo will overtake Spanish superstars Cesc Fabregas and Andres Iniesta as the player with the most victories in the event. Both Fabregas and Iniesta have 11 to their name.

Besides winning the most matches in the competition, Iniesta also has more Man of the Match awards (6) in the tournament than any other player, although CR7 is hot on his tail with five, giving him extra incentive to play well.

Despite some criticism about his form, Ronaldo doesn't seem perturbed.

"I'm not the same player I was at 18 or 10 years ago or five years ago but we keep adjusting," Ronaldo said ahead of Portugal's game against Hungary on Tuesday.

"The most intelligent thing about a football player is the ability to adjust, and I'm more mature than I was before. If a player wants to play for many, many years they must adjust. My numbers speak for themselves. From 18 to 36 I've learnt to adjust and adapt, and I've always been able to win. I have adjusted all along in my career."

"The crucial thing now is the Euros. It's my fifth Euros, but for me it's like my first Euros."

Former India international Syed Rahim Nabi, who is working as a football commentator with Sony Pictures Sports Network (SPSN), agrees with Ronaldo's assessment that he's learned to adjust throughout his career.

"Ronaldo's captaincy is no way a burden on the Portuguese side, rather it is a blessing in disguise. It’s because being the captain of the team puts an extra responsibility on his shoulders and he relishes that responsibility. That way it is good to have him as the skipper. It’s because not only can he lead the side from the front by scoring goals, he can also inspire other players to do well", Nabi told Sputnik.

Nabi thinks Ronaldo is the best player in the world and can't imagine a Portuguese team without the talisman. “Any talk about his class is inconsequential because we have seen in the past how many times Cristiano has proved his critics wrong. I am sure he will prove them wrong once again."