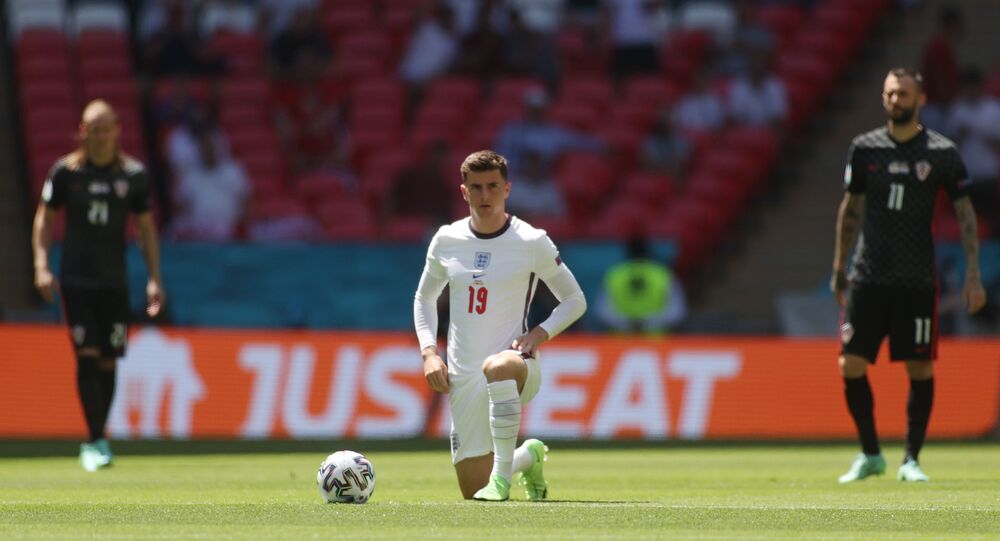 In a statement early on Sunday, the English Football Association (FA) "encouraged" supporters opposed to the protest action not to boo the team as it 'took the knee'. But many of the restricted 22,500 crowd at Wembley expressed their opposition to the gesture.

Some England supporters have booed the national football team for kneeling at the start of their match against Croatia at Wembley.

Croatian players stood and looked on while the England squad knelt in deference to the US Black Lives Matter movement, minutes before kick-off in Sunday’s delayed Euro 2020 debut for both teams.

But the gesture drew a mixed reaction from the 22,500 spectators at the match, limited to one-quarter of the national stadium's capacity.

In a statement early on Sunday, the English Football Association (FA) "encouraged" fans opposed to the protest action not to boo the team as it 'took the knee'.

“They are doing this as a mechanism of peacefully protesting against discrimination, injustice and inequality. This is personally important to the players and the values the team collectively represents", the FA said. “We encourage those that oppose this action to reflect on the message you are sending to the players you are supporting".

Prime Minister Boris Johnson stressed that "everybody should cheer for England", but dodged a question on whether he would also kneel under the "implausible hypothesis" that he was called up to play for England.

​The political issue divided football fans on Twitter too.

​Some thought it was ironic that England supporters were taunting the Germans, whose first match is against France on Tuesday, with Battle of Britain-themed chants before the Croatia game, while objecting to the political message of kneeling.

​England centre-forward Raheem Sterling, a black player, scored the only goal of the match after 57 minutes to take victory for the tournament hosts.

Supporters have previously booed players for 'taking the knee' before league matches, a form of protest begun by black US American Football player Colin Kaepernick in 2016. Kaepernick initially sat as other players stood for the national anthem in protest at police killings of black people, but later began kneeling beside his team-mates.