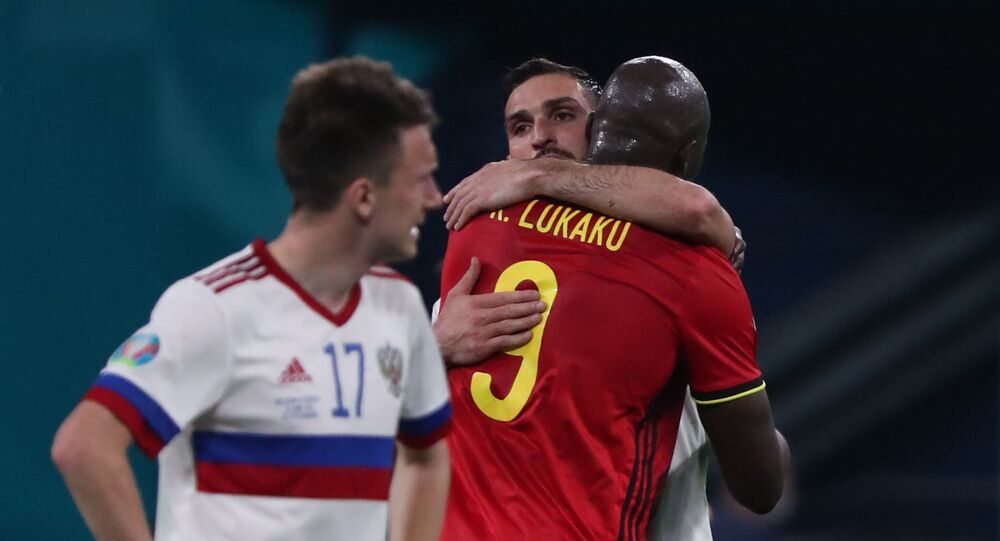 UEFA European Football Championship 2020, or simply EURO 2020, which began on Friday, is a major sporting event. The championship was initially scheduled to take place in June and July 2020, but it had to be postponed for a year owing to the novel coronavirus outbreak.

The players of the Russian national team lost to Belgium in their opening match in the EURO 2020 tournament.

Belgian striker Romelu Lukaku opened the scoring in the game, notching a goal just 10 minutes into the action.

Shortly after, in the 34th minute, a goal was scored by a substitute for the Belgians, Thomas Meunier, with his side increasing their lead to 2:0.

The defeat was completed by Lukaku, who scored the final goal of the game against Russia in the 88th minute.

The match, held in the Russian city of St. Petersburg on Saturday, ended in a 3-0 victory for the Belgians.

Shortly prior to the game, Russian midfielder Andrey Mostovoy failed to pass a COVID-19 test, so he had to skip the match.

The Russian team will next face Finland on June 16 in St. Petersburg. The Belgians will play against the Danish national team in Copenhagen a day later. The Danish team will be next on the Russian rivals list in trying to break out of the group to the playoffs.

The Belgian team is considered to be the world's best national football team, according to the FIFA rankings.