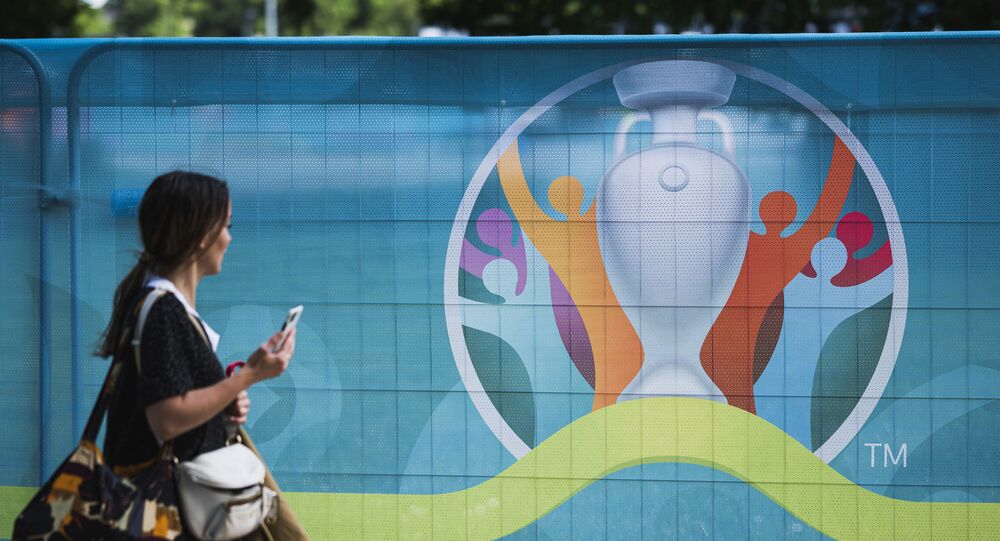 The 2020 UEFA European Football Championship, commonly known as Euro 2020, starts on Friday with a match between Turkey and Italy in Rome. The tournament was originally scheduled to be held between 12 June and 12 July 2020 but had to be postponed for a year because of the coronavirus pandemic.

With one of the most awaited sporting extravaganzas set to commence in a few hours, many football pundits hint that France, Belgium and England are the overwhelming favourites to win the 2020 UEFA European Football Championship.

Football pundits such as former Indian football skipper Bhaichung Bhutia and former Arsenal manager Arsene Wenger have also backed World Champions France or in-form England to lift the prestigious trophy in a month's time at London's Wembley Stadium, where the final will be played on 11 July.

Although most pundits are talking up the chances of France, Belgium and England as frontrunners in the competition, there is no unanimity about the dark horses who may knock these favourites off their perch and walk away with the winners' trophy themselves this year.

The European Championship and Dark Horses - A History

Should an outsider steal a march on the favourites, it won't be the first time a dark horse has astonished fans in the European Football Championship.

In 2004, Greece astounded many sports lovers by winning the tournament after beating the hosts Portugal 1-0 in the final in Lisbon.

This was despite the fact that before the championship started, the odds of Greece winning were 150-1. But their solid defence helped them win all their knock-out matches by 1-0.

However, well before Greece caused that major sporting upset, it was Denmark that stunned the world by capturing the title in 1992. The Danish team's victory was all the more piquant as they were only able to participate because Yugoslavia was forced to abandon Euro 1992 after the UN slapped sanctions on its government for military operations against Slovenia, Croatia, Macedonia and Bosnia and Herzegovina. All these regions had declared independence from the Yugoslav republic.

Switzerland has not progressed beyond Round of 16 in the European Championship since 1938, which is surprising when one considers what a strong team the country has, including exceptional goalkeeping talent and world-class defenders.

However, Switzerland are in Group A and they are likely to face stiff competition from former World Champions Italy, the ever-improving Wales and the unpredictable Turkey.

But the Swiss team has made considerable progress under their current manager Vladimir Petkovic who has been with the side since 2014. They have been in superb form lately, registering big wins against the USA and Liechtenstein in recent friendlies just before Euro 2020.

According to the former Indian midfielder and football pundit Syed Rahim Nabi, Switzerland certainly tops the list of underdogs.

"The Swiss team are in great form right now and they definitely have the potential to beat even world champions France and tournament favourites England, especially when their famed defence is on song," Nabi told Sputnik on Friday.

"The reason Switzerland is a potential winner - or perhaps favourite among the outsiders - is the way they neutralise the attack of the opposition strikers. You simply can't score goals against them, which means that if they score a goal, they will most probably emerge as the winners in the matches they play," he stated.

It’s hard to fathom how a team with arguably the world’s best striker could feature in a list of dark horses. Yes, Bayern Munich striker Robert Lewandowski, who led the German club to the Bundesliga and UEFA Champions League glory last year, will be leading Poland in Euro 2020.

Mehtab Hossain, a former India international who also played for the Indian Super League (ISL) side Kerala Blasters, reckons that Lewandowski will head into the tournament with a point to prove.

"There is a blend of youth and experience in the Polish squad and - as well as Lewandowski - Krystian Bielik and Dawid Kownacki would be the two other players to watch out for. It is because of the versatile nature of their game they can ease the pressure on their captain," Hossain told Sputnik.

Lavishing praise on AC Milan forward Krzysztof Piatek, who is also a part of the Polish squad for Euro 2020, Hossain said that the young player will play a key role in Poland's progress in the event. "If Krzysztof Piatek delivers on his promise, he can make Euro 2020 his own, just like Kylian Mbappe made the 2018 FIFA World Cup his own," he added.

Hossain named Wales as the other possible dark horse to keep an eye on during the tournament. The Welsh team will be hoping that their captain Gareth Bale continues his great form in the competition.

Bale was struggling at Real Madrid last season, but found his mojo immediately after arriving at Tottenham on loan.

Bale has young guns such as Joe Rodon, Daniel James, Ben Cabango and experienced players like Joe Allen, Aaron Ramsey in the squad. And, if this team should click as a unit, nothing will be impossible this time.