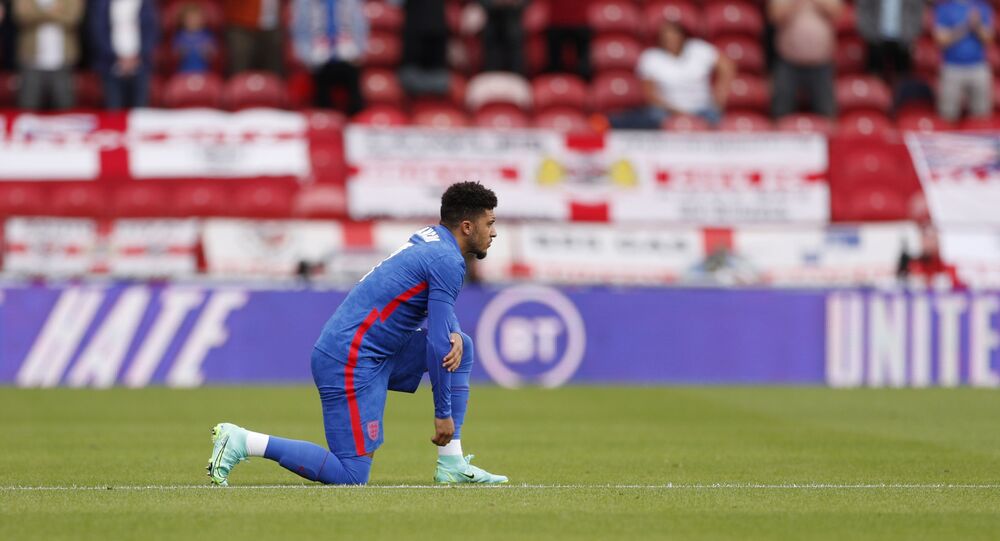 Brown was the latest voice in a row of opinions expressed by UK government officials on the divisive subject of sportsmen taking a knee to highlight racial inequality and discrimination.

Former British Prime Minister Gordon Brown has called on PM Boris Johnson to support English football players as they plan to take a knee before kick-off at their Euro 2020 games.

“I would like Boris Johnson to come out publicly and support the England football team and what they do, so I'm not going to say he was behind that statement that was made by Downing Street”, Brown said.

He also argued against “culture wars” and situations where “someone seized on one instance of someone doing something and tried to make it a big issue that divided the public rather than united the public”.

England players were booed by some fans when they kneeled before friendly matches against Austria and Romania last week.

Downing Street showed disunity in its statement on the matter, with Education Minister Gillian Keegan claiming on Thursday that taking a knee was "creating new divisions" in sport.

In contrast, the vaccines minister, Nadhim Zahawi, has said that it was “only right that we back our team”.

“The symbolism of reminding the world of how painful it is to be subjected to the racism that Marcus Rashford has been subjected to, whether on social media or elsewhere, I absolutely back. If you then extrapolate to a Black Lives Matter movement that has a political agenda … that’s a different place, that’s my point, which is why I think we just have to differentiate and rightly back our team”, he said during a TV interview.

English footballers Marcus Rashford and Raheem Sterling have faced racial abuse in the past, with Rashford currently cooperating with the police to tackle racist harassment online.