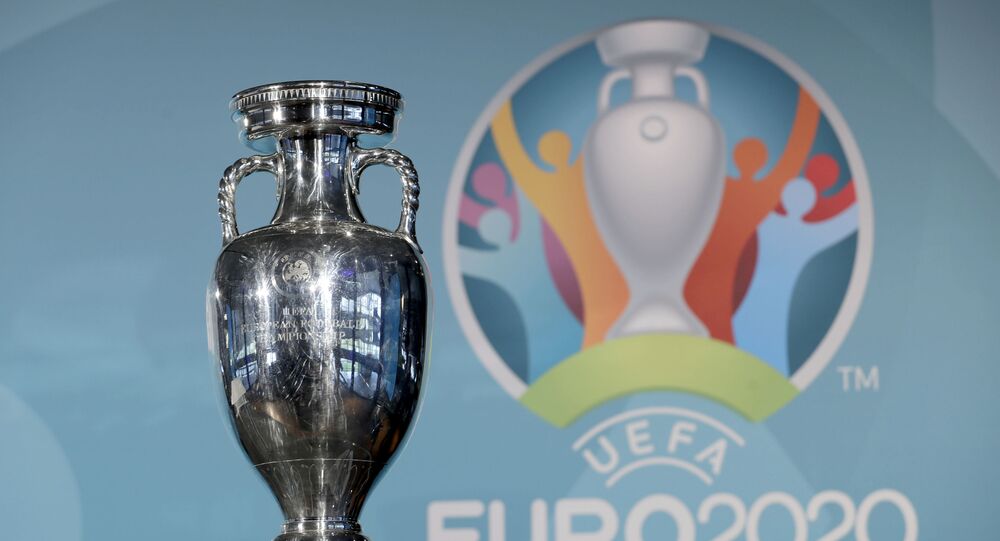 The European football championships, better known as Euro 2020, kick off on Friday, 11 June, with Turkey playing Italy. The tournament climaxes with the final at London’s Wembley stadium on 11 July.

When football tournaments like the World Cup or the European championships come round there is usually months of hype and build-up and a palpable sense of tension but that is not the case this time round.

It could be because the world is a tad preoccupied right now with the biggest public health crisis since the flu pandemic of 1919, or it could be because UEFA has ditched the tried-and-tested formula of one nation staging the whole tournament and chosen to share the games out among 10 countries.

Do you have what it takes to ace the huge EURO quiz? Reply with your score... 👇#EURO2020

UEFA has also insisted on keeping the name Euro 2020 even though the tournament has been delayed for a year by the pandemic and is taking place in the summer of 2021.

So this being an odd year, will there be an odd winner like in 1992 when Denmark - who replaced Yugoslavia at the last minute after the UN imposed sanctions on Belgrade - beat Germany in the final or 2004 when Greece shocked everybody by beating the hosts, Portugal, in the final?

Let’s have a look at the main contenders.

This year England is hosting the European championship final for the first time since 1996 and will be hoping to go one game further than it did that year - pipped on penalties by Germany in the semi-final.

England famously have not won an international tournament since 1966, when they hosted the World Cup, and every year pundits and fans work themselves up into a lather of excitement about their prospects.

This year, because of the pandemic, TV and newspaper pundits have been mercifully free of such jingoism but that could help a young England squad.

If Harry Kane - who won the Premier League’s Golden Boot for the third season running - provides the goals and Harry Maguire stays fit and on form at the back England could go close.

Their first game is against Croatia on Sunday, 13 June, followed by a “Battle of Britain” against Scotland on 18 June.

This is a good tournament for France who won it in 1984 and 2000 with teams run from midfield by the magical skills of Michel Platini and Zinedine Zidane respectively.

© Sputnik / Grigoriy Sisoev
France's players celebrate with the Trophy after winning the World Cup final soccer match between France and Croatia at the Luzhniki stadium, in Moscow, Russia, July 15, 2018

This year, there will be nobody on the field to match those footballing legends but Chelsea’s Champions League winner N’Golo Kante will be pulling the strings in midfield and up front they do have one of the world’s best strikers in Kylian Mbappe.

In 2016, France were hosts and reached the final where they crumbled under the pressure of national expectation and lost to Portugal.

This time they have no such excuses and with a squad including players of the calibre of Paul Pogba, Antoine Griezmann and Hugo Lloris and a manager in Didier Deschamps who lifted the World Cup in Russia in 2018, they could go all the way.

For three of four years European football journalists have been describing this latest crop of Belgian players as a “golden generation” but they have come close but choked at the last two tournaments.

At Euro 2016, they made it to the quarter finals and took the lead against Wales through Radja Nainggolan only to surrender 3-1 to a team including players of the ilk of Hal Robson-Kanu and Sam Vokes.

At the World Cup in Russia in 2018, they made it to the semi-final but were beaten by France in the semi-final without really laying a glove on the French.

There are no more excuses in Euro 2020 for a squad which includes Manchester City’s Kevin de Bruyne - named Premier League player of the year this week - Real Madrid pair Thibault Courtois and Eden Hazard and goal machine Romelu Lukaku, who has scored 28 goals in all competitions this season.

The Germans can never be ruled out.

As Germany, or West Germany before that, they have won the tournament three times but the last triumph was in 1996 and the cohort which won the 2014 final has largely moved on.

Joachim Low will be managing the "mannschaft" for the last time.

Midfield geniuses like Mesut Ozil and Mario Gotze have gone past their prime and are no longer in the squad while Toni Kroos and Thomas Muller hang on in there but may not have much fuel left in the tank.

But Germany regularly produces top quality players and this year’s squad will have in it Bayern Munich’s 18-year-old wunderkind Jamal Musiala and Chelsea’s Timo Werner and Kai Havertz, the latter fresh from scoring the winning goal in the Champions’ League final.

Germany has dropped to 12th in the FIFA world rankings and Emre Can, the former Liverpool midfielder, told Sport1: "We have to be honest with ourselves: We are not top favourites for the title.”

Italy have not won the tournament since 1968 although they came mighty close in 2000, getting beaten by David Trezeguet’s golden goal in the final against France.

Six years later Italy gained revenge on the French by winning the World Cup on penalties.

• They are currently on a 27 games unbeaten run.

• They have conceded only 7 goals in those 27 games.

• They aren't all about defense as they have scored 75 goals in those 27 games. pic.twitter.com/NyNqZZq5j7

​This year Italians will not be holding high hopes for the “Azzurri” as the squad is shorn of household names.

The central defensive pair of Leonardo Bonnucci and Giorgio Chiellini, both from Juventus, have a combined age of 70 and the midfield includes Manuel Locatelli, a player who plies his trade with tiny Sassuolo.

Up front the hopes of Italy are pinned on the shoulders of striker Ciro Immobile, who has scored an incredible 123 goals in 177 games for Lazio since 2016.

Spain have won the tournament three times - including back-to-back successes in 2008 and 2012 - but Iker Casillas, Xabi Alonos and Xavi are long retired and Sergio Ramos, Cesc Fabregas and Andres Iniesta are not far off joining them.

The Spanish still have plenty of quality in their squad but there is a question mark about where they will find their goals.

Alvaro Morata, who spent the season on loan at Juventus, scored 11 goals in 32 games but if he gets injured or loses form, they are struggling.

The Netherlands won the tournament gloriously in 1988 with a star-studded team which included Ruud Guillit, Frank Rijkaard and Marco van Basten.

But their squad today is considerably slimmer and not too many armchair football fans will have heard of Denzil Dumfries, Teun Koopmeiners or Cody Gakpo.

They are coached by Frank de Boer, who was sacked by Inter Milan, then had a disastrous 10-week spell in the Premier League with Crystal Palace and followed it up with a less than stellar period at Atlanta in the US.

The Soviet Union won the tournament in 1960 and lost two other finals, in 1972 and 1988, but its successor Russia has never come close to following in their footsteps.

The squad this year is bereft of superstars but that may help them as there will be less giant egos and hopefully more teamwork.

Only four members of the squad play abroad and the best known of them is probably Monaco’s Aleksandr Golovin.

If Russia is to have a fairytale victory in Euro 2020 then there must surely be a part in it for striker Aleksandr Sobolev. The six-foot-five-inch frontman was born in Barnaul in Siberia and has overcome poverty and many setbacks. Today he leads the line for Spartak Moscow and his country.

When Greece won the tournament in 2004 it was a huge sporting upset.

Nobody saw it coming.

Who could be this year’s Greece?

Croatia reached the World Cup final in 2018 and it is about time they won a tournament surely.

Sweden would be another dark horse, although their chances suffered a body blow when veteran Zlatan Ibrahimovic pulled out injured.

Or what about Poland? They have Bayern Munich’s totemic striker Robert Lewandowski up front and their squad has plenty of experienced players who play in Europe’s top leagues.