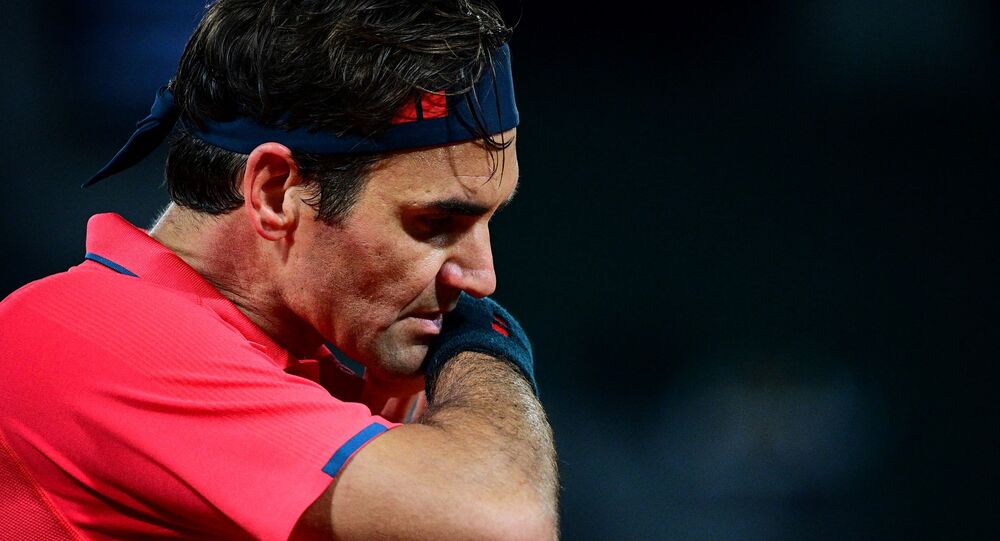 The Swiss tennis player previously warned he may pull out of the tournament over health concerns. Last year, Federer had to undergo two knee surgeries.

"After two knee surgeries and over a year of rehabilitation it's important that I listen to my body and make sure I don't push myself too quickly on my road to recovery", the 39-year-old sportsman said in a statement.

Following his Saturday's victory over Dominik Koepfer, Federer was due to hit the court on Monday to compete with Matteo Berrettini for a place in the quarter-finals.

© Sputnik / Alexei Filippov
Federer Calls for World Tennis Shakeup
However, the Swiss player expressed doubts whether he would continue playing in the Grand Slam tournament, voicing concerns about his health following Saturday's lengthy and arduous match.

The 20-time Grand Slam winner had to undergo two knee surgeries in 2020 and go through prolonged rehabilitation.

The Basel-born star has suffered from knee issues multiple times during his career, having undergone his first operation for a torn meniscus back in 2016.