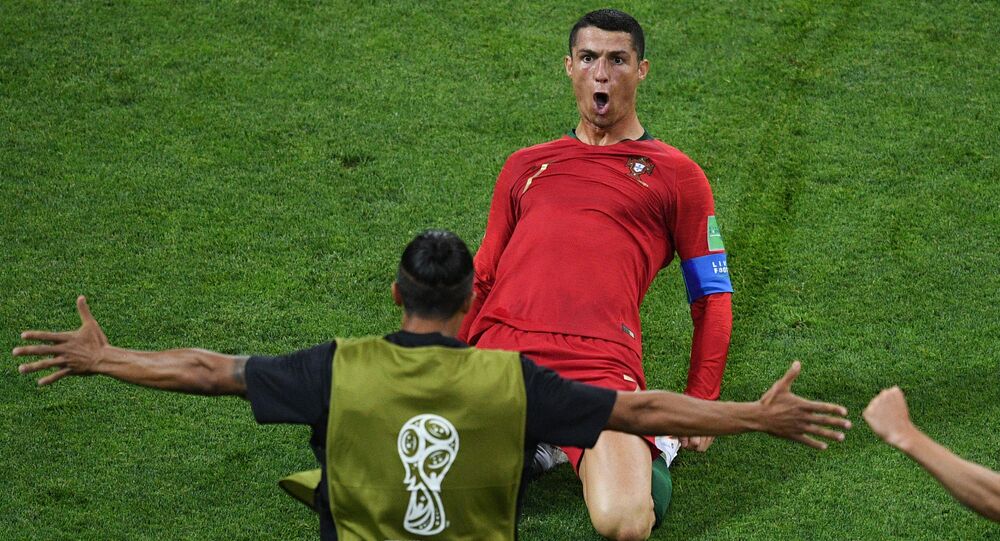 American model Kathryn Mayorga claims the football icon raped her in a Las Vegas hotel after a night out in 2009. The Portuguese megastar has categorically denied the allegations and said the sexual intercourse was consensual.

Cristiano Ronaldo's legal team has filed a motion asking the rape case against him to be dropped, The Mirror reported citing documents it obtained. According to the newspaper, the athlete's lawyers claim the plaintiff's legal team failed to disclose hundreds of documents related to the investigation.

The said documents were hacked by the website Football Leaks and reportedly contain emails between Ronaldo and his lawyers and other information pertaining to the case, The Mirror writes.

Ronaldo's legal team alleges that the plaintiff's lawyers gave the hacked documents to the police in order to reopen the case and approached cyber criminals asking them to get more information.

Stovall and Associates, who represents Ronaldo's accuser Kathryn Mayorga, has not yet commented on the issue.

What Are The Accusations?

The model claims the athlete sexually assaulted her in a hotel room in Las Vegas in 2009 after the two partied all night at a club. Ronaldo's lawyers said that the issue has been settled out of court, with the athlete paying Ms Mayorga $375,000. The woman also signed a non-disclosure agreement, which his lawyers insist, read that Ronaldo did not admit his guilt.

Cristiano Ronaldo's rape accuser Kathryn Mayorga is said to be asking for around €65 million in Compensation. [Mirror]

Was this ever a Rape Case? or a Case for the Money. 🤔 pic.twitter.com/Gp6WTDNgIJ

​In 2018, Mayorga filed a civil lawsuit in the United States. Her legal team said the alleged sexual assault incident left her with post-traumatic stress disorder and that she also suffered from "depression, intrusive thoughts, considered suicide, abused alcohol, had difficulty maintaining personal relationships, and employment". Her lawyers also argued that Mayorga settled the issue out of court because she was "mentally incapacitated" and "under duress".

Ronaldo has categorically denied the accusation. He claims the sexual intercourse between the two was consensual. According to The Mirror, Mayorga is seeking $79 million in damages for the "past pain and suffering".

The Portuguese superstar is not the only footballer facing allegations of sexual assault. Paris Saint-Germain star Neymar has also recently been accused of rape.