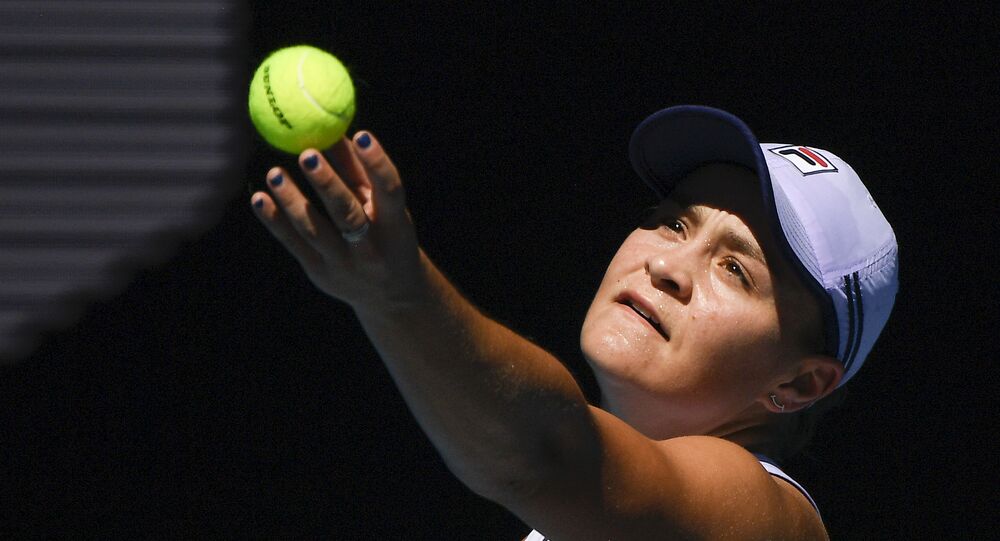 In 2020, Ash Barty decided against defending her title at Roland-Garros because of the raging COVID-19 pandemic in Europe and chose to stay at home in Australia, where the coronavirus cases were under control.

Earlier, on Monday, former two-time Wimbledon winner Kvitova was forced to retire from the event due to an ankle injury. The very next day, Osaka also left the tournament after the organisers slammed her for her refusal to attend press conferences, citing mental health issues.

Barty, who won her maiden Grand Slam at the French Open two years ago, started her second-round encounter against Magda Linette of Poland with her left thigh completely bandaged. She had quite a lot of trouble moving around on the court.

Her movement was compromised due to the injury, allowing Linette to dominate the proceedings throughout the match.

The Australian was unable to chase the Pole's shots and the fans could see her writhing with pain whenever her challenger engaged her in long rallies.

Moreover, Barty's serve, which is traditionally a huge weapon, became her weakness as she struggled to achieve the right amount of bounce on the balls and land them at the right spots while serving during the match.

Barty took a medical timeout at the end of the opening set, but couldn't continue for too long as she eventually pulled out of the contest. At the time of her withdrawal, Barty was trailing Linette 6-1, 2-2.

The 25-year-old struggled with a hip injury during her first round clash against the American Bernarda Pera, but somehow managed to accomplish a 6-4, 3-6, 6-2 win.

During her press briefing after the first round, she revealed that she wasn't 100 percent fit and would employ a one-match-at-a-time approach to stay as long as possible in Paris.

But her injury appeared to have worsened during the last two days, resulting in her ouster from the Clay Slam.

Speaking about Barty's exit from the French Open, India's former Davis Cup player Vishal Uppal told Sputnik on Thursday: "It's always a tragedy when a player gets injured and has to retire hurt from a match. I am sure Ash Barty will be immensely disappointed".

Uppal also spoke about the main reason behind the injuries of a number of players at this year's French Open.

He observed that because the players are no longer playing a full schedule and picking and choosing the tournaments, “they are not as fit as they were earlier, hence the injuries".

"Due to the current pandemic, players, especially the big names of the sport are not able to train and practice as they would like and that's the reason they are struggling with injuries at the moment", Uppal added.