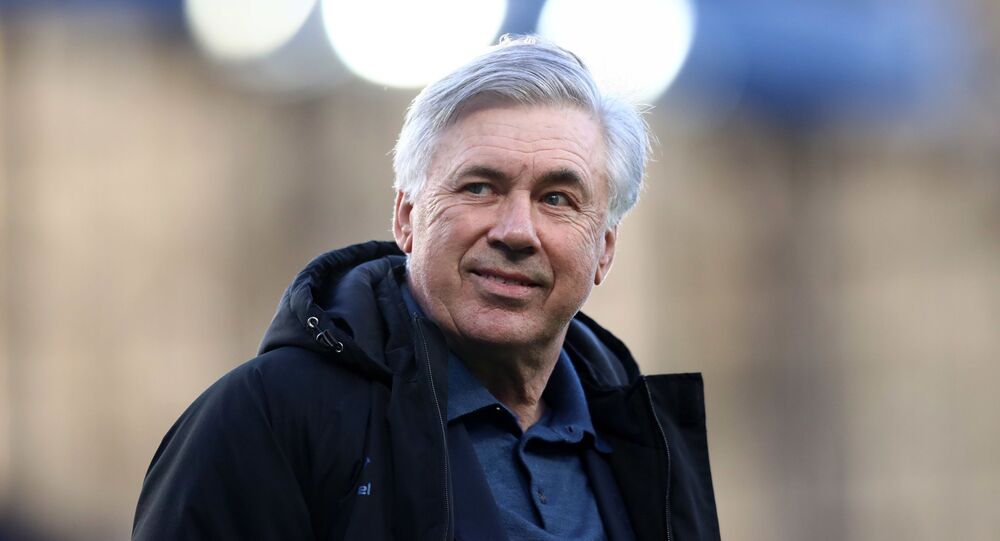 Everton are looking for a new manager after Carlo Ancelotti walked out on them after just 18 months. They are one of four English Premier League clubs who have a vacancy to fill.

Real Madrid have hired Carlo Ancelotti as their head coach for the second time as they bid to reclaim their position at the summit of European football.

On Tuesday, 1 June, Ancelotti signed a three-year deal at the Bernabeu, replacing Zinedine Zidane, who left the club last week after a disappointing season in which the Spanish giants were knocked out of the Champions’ League in the semi-finals and pipped to the league title by crosstown rivals Atletico Madrid.

The Italian also won two Champions’ League trophies with AC Milan and has success with a number of other clubs, including Chelsea, Bayern Munich and Paris St Germain.

Ancelotti said: "While I have enjoyed being at Everton, I have been presented with an unexpected opportunity which I believe is the right move for me and my family at this time,'' Ancelotti said in a statement on the English club’s website.

Real Madrid responded by saying: "The Italian returns to our club after rewriting the history books during his first spell in the Real Madrid hot seat. The new coach boasts vast experience and an impressive trophy haul.''

But his departure is a hammer blow for Everton whose wealthy owner, Iranian-born Farhad Moshiri, had hoped the Italian would spearhead the Merseyside club’s return to the big time.

Everton have not won the championship in England since 1987 - five years before the Premier League was created - but they spent big last summer on Colombian midfileder James Rodriguez, Frenchman Abdoulaye Doucouré and Allan, a Brazilian who played for Ancelotti at Napoli.

Moshiri is expected to seek to recruit Nuno Espirito Santo, who resigned as manager of Wolves earlier this month.

​But he may be beaten to it by Crystal Palace, who have reportedly already held talks with the highly-rated Nuno. Palace are managerless after former England boss Roy Hodgson retired.

A veritable game of musical chairs is under way at Europe’s top clubs with Antonio Conte leaving Inter Milan last week having led them to the Serie A title.

Inter have already replaced him with Simone Inzaghi, the brother of former Italian international striker Pippo Inzaghi. Simone had coached Lazio since 2016.

Conte was reportedly furious about the club’s plans to sell off 80 million euros worth of players.

Mourinho himself rocked up again at Roma and is trying to sign Arsenal’s Swiss midfielder Granit Xhaka for next season.

Italy’s biggest and most famous club, Juventus, are smarting from losing the Serie A title after nine consecutive championships.

​They reacted by sacking manager Andrea Pirlo and bringing back Massimiliano Allegri, who won five of those Serie A titles for the “Old Lady”.

In a statement Juventus said: “Now we are ready to begin again with Allegri, to build our future together with his enormous professionalism, his moral strength, with the brilliant ideas of a coach capable of shuffling the cards, both on and off the pitch.”

One of the “cards” Allegri is expected to shuffle is Cristiano Ronaldo, 36, who has reportedly been offered to both Manchester United and Paris St Germain.

Juventus are keen to shed Ronaldo - who earns 10 million euros a year - from their payroll.

Other changes on the managerial merry-go-round are former Roma boss Luciano Spalletti replacing Gennaro Gattuso at Napoli and Bayern Munich replacing Hansi Flick - who is leaving to manage the German national team - with Julian Nagelsmann, who has impressed with RB Leipzig.