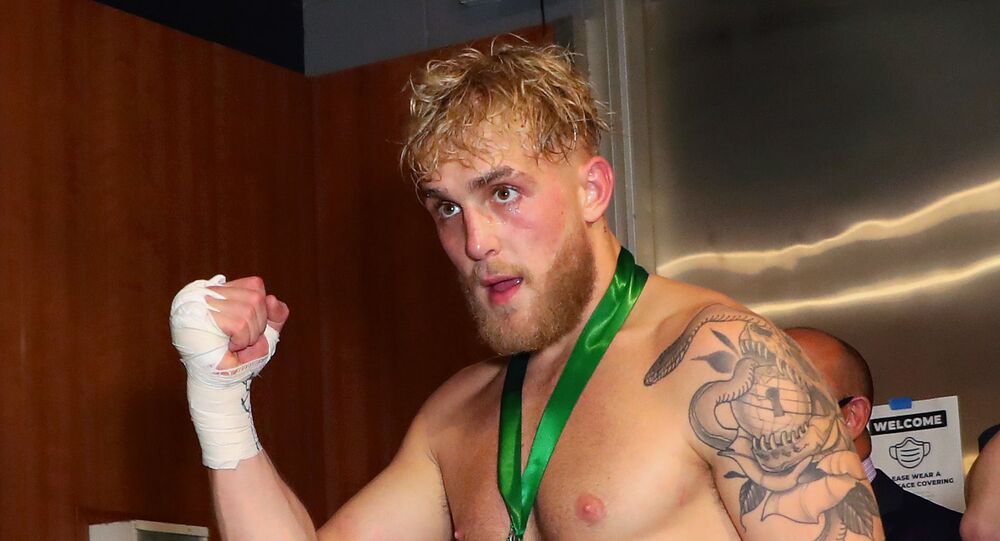 Jake Paul, a professional boxer, is also known as a YouTube blogger. During his career, he has carried out three matches and won every one. The 39-year-old Tyron Woodley, a former UFC welterweight champion, has had four unsuccessful fights over the past few years.

Internet celebrity boxer Jake Paul, 24, and former UFC champion Tyron Woodley, 39, have agreed to a deal for a boxing match, Mike Coppinger of The Athletic reported on Monday, citing sources.

Earlier, Woodley told TMZ Sports that he is happy to face Paul.

"Jake Paul is—well I guess we kind of recognize he came from Disney, we expect him to be this little f-cking Macho Macho Man that he's playing. But he keeps calling out everybody but me. I'm the one with the real smoke with you [...] They just culture vultures. Like, he'll 'vult' the juice from his own damn flesh and blood," Woodley stated, cited by TMZ.

A Los Angeles-based blogger, Paul has won just three professional boxing fights. In the most recent, he knocked out Ben Askren, a former Bellator and One welterweight champion.

Earlier, Paul was a center of attention for reportedly provoking an altercation with boxing star Floyd Mayweather at a press conference before the latter's fight against Paul’s brother, Logan Paul.

Answering questions at a press event, Mayweather found himself face to face with Jake Paul. After insults exchange, Paul tore off the cap from the head of the American boxer and a quarrel started, involving the members of both teams.

'Let's Shake It Up': Netizens Agog as Tana Mongeau Seems Eager to Box With Bella Thorne