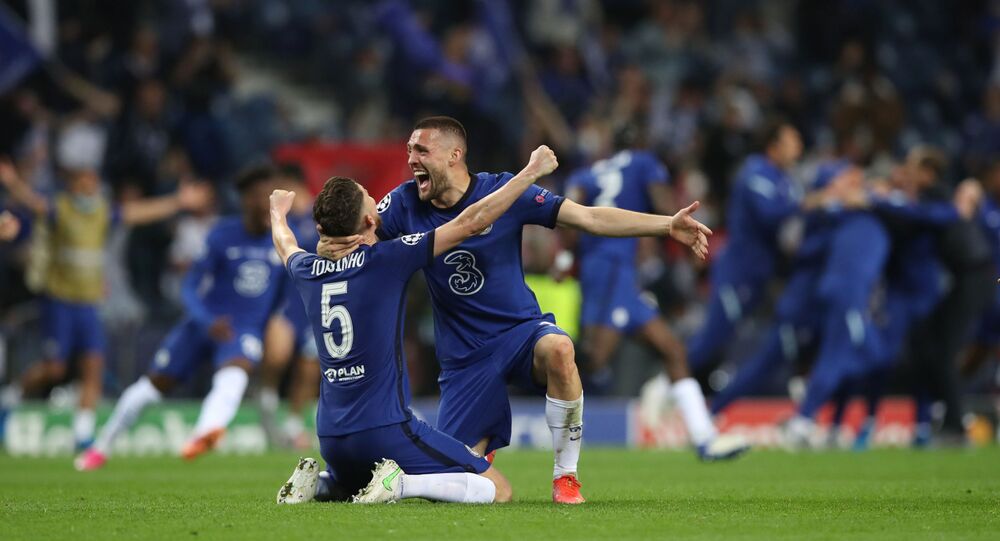 The last time a mono-national Champions League final took place was two years ago, and it was also two British teams who competed for the title. On that occasion, the final match was between Liverpool and Tottenham, ending with a score of 2:0 in favor of the Reds.

The game, which took place on Saturday in the Portuguese city of Porto at Dragao stadium, ended with a score of 1:0 in favor of the Blues. The only goal was scored at the 42nd minute by German attacking midfielder Kai Havertz, the first goal of his career in the Champions League.

In the first half, the Blues were forced to make a substitution, taking away the injured Thiago Silva from the field. He was replaced by Andreas Christensen. A substitution was also needed by Manchester City, which sent Kevin de Bruyne to the bench, replacing him with Gabi Jesus.

The chief referee of the match, Mateu Lagos, added seven minutes to the total time of the second half, giving Manchester City an opportunity to recoup the goal scored by the Blues.

Chelsea have won the Champions League for the second time in their history. The Blues previously won Europe's biggest cup in 2012.

The moment of glory for Chelsea 💙

It turns out that Chelsea's manager, 47-year-old Thomas Tuchel, who lost the 2019/20 Champions League final with Paris Saint-Germain and was fired from the French club this season, has ended up winning his first European Cup trophy with the Blues.

Over the past month and a half, Manchester City have played twice against Chelsea and suffered two defeats - on April 17 in the FA Cup semi-finals (0-1) and on May 9 in the domestic Premier League (1-2).

According to UEFA's website, Porto's home arena is one of the largest stadiums in Portugal. In 2019, the UEFA Nations League final was held here, in which the host team prevailed over the Netherlands and became the first titleholders.

The stadium was built for UEFA EURO 2004 and opened its doors in 2003 when Barcelona arrived for the opening match in Porto. In that game, then 16-year-old Lionel Messi made his debut for the Catalans.

Initially, the 2021 Champions League final was supposed to be hosted by Ataturk Olympic Stadium in Istanbul, but due to COVID-19 restrictions, on May 13 the UEFA Executive Committee decided to relocate it.