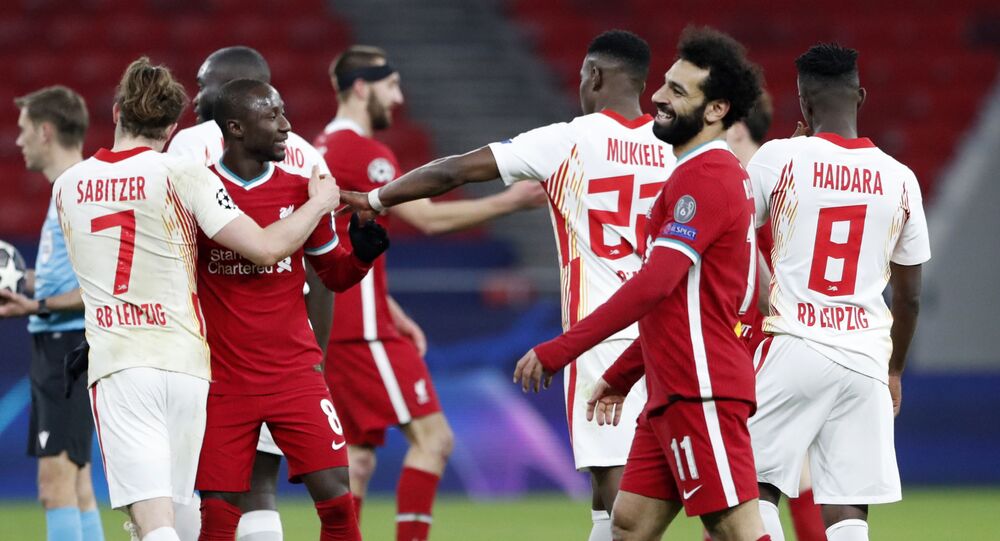 Man United's Defeat in the Europa League Final May Bring About Problems for Liverpool, Media Says

Regulation time and extra time failed to produce a winner, with both clubs trading goals. However, the penalty shootout compensated for the lack of thrill. It became the longest in the history of UEFA. Villarreal won 11-10 after the club's keeper Geronimo Rulli saved David de Gea's penalty.

Manchester United's defeat in the Europa League final may cause problems for Liverpool, the UK media has reported. The Red Devils' loss means that Villarreal will enter next season's UEFA Champions League (UCL) group stage in Pot 1, while United will enter Pot 2 along with Real Madrid, Barcelona, Juventus, Sevilla, Paris Saint-Germain, Liverpool, and Borussia Dortmund.

Only one spot is left in the pot, which will depend on the result of the UCL final between Manchester City and Chelsea. A City victory will lead it to Pot 1, while the Pensioners will scoop up the place in Pot 2 and push Borussia Dortmund into Pot 3.

This scenario will be highly problematic for Liverpool as the Reds may face the German club in the group stage of the Champions League and seriously hamper their chances of qualifying for the playoffs. Although Borussia Dortmund finished third in the Bundesliga this year, the club has some of the best forwards in Europe – Erling Haaland and Jadon Sancho. The former scored 41 goals and made 12 assists this season, while the latter scored 16 and made 20 assists.

The Reds, however, will have an advantage over Borussia as the club's manager Jurgen Klopp used to coach the German team.