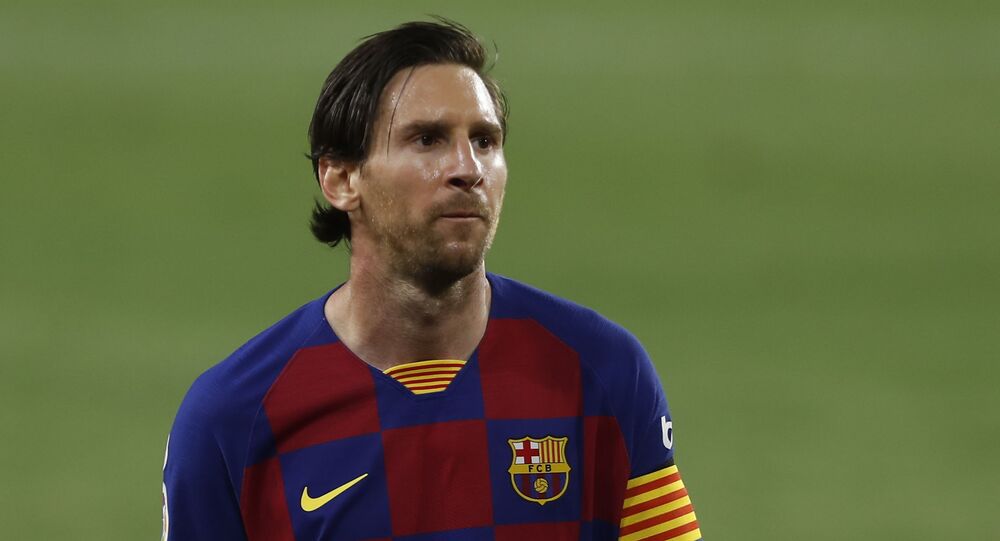 Tension has gripped Camp Nou as the forward’s contract with the Blaugrana is coming to an end. Last summer, Messi voiced a desire to leave Barcelona, but was unable to do so due to what he described as the lies of then-President Josep Maria Bartomeu. This Sunday, however, he will be able to leave the club as a free agent.

Lionel Messi will miss Barcelona’s last La Liga game, the club has announced. In a post on social media, Barcelona wrote that the Argentine superstar will not participate in a training session before the match and will skip the game against Eibar this weekend.

The club said that manager Ronald Koeman allowed the forward to enjoy a rest because Messi is set to play for the Argentine national football team this June in the Copa America. Barcelona emphasised Messi’s workhorse-like performance this year and games played, drawing attention to his 38 goals and 14 assists this season.

The news comes as the football world has braced for the Argentine forward to make a decision on his future at Camp Nou. Previously, the Spanish press wrote that the athlete may stay if Barcelona manages to win trophies this season. However, this year the Blaugrana suffered their earliest exit from UEFA’s Champions League and dropped out of the race for the La Liga title when they lost to Celta 2-1 last week.

And the GOAT Goes to…

Any team will be more than happy to purchase the Argentine star, who is widely regarded as the greatest player in the history of football. Realistically, however, only moneybags such as Paris Saint-Germain and Manchester City, owned by wealthy sheikhs, will be able to foot the bill, which according to the Spanish press is enormous.

Per a report published at the end of January in El Mundo, Messi's previous contract was worth $665 million, with the Argentine superstar earning $166 million in a year.

According to another scenario, which Spanish press outlets claim is quite plausible, Messi will not leave and stay at Cam Nou. Deportes Cuatro reported that the club’s bosses offered the Argentine forward, who will turn 34 this June, a 10-year contract. Under the new agreement, Messi’s wage will be reduced, but he will be able to go out on loan to the US league MLS, something he previously said he wanted. After hanging up his boots, he will return to Barcelona as an ambassador or potentially as a member of the coaching staff, Deportes Cuatro wrote.