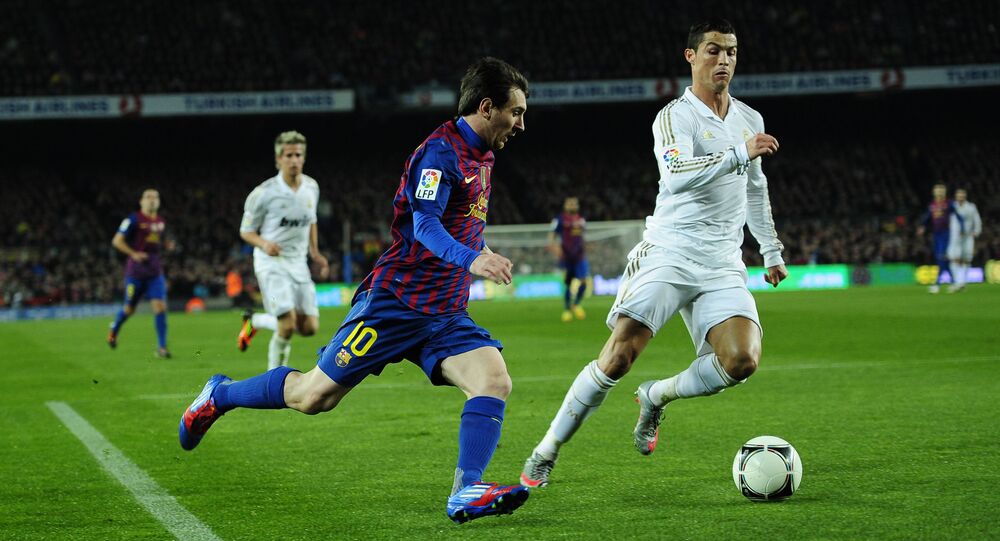 The COVID-19 pandemic has had a deep impact on professional sports. As the entire world went into lockdown, the biggest names in sports were left sidelined as wages were reduced, and spectator-free stadiums and bio-bubbles became the norm. Indeed, coronavirus has changed the way sports are played in many respects.

According to the Forbes list for 2021, the 10 highest-paid sports stars in the world earned a staggering 28 percent more than the $819.2 million they earned last year.

Mixed Martial Arts (MMA) icon Conor McGregor topped the list with earnings of $180 million, and the top 10 earned a whopping $1.05 billion in the past 12 months.

The rise in the income of the world's top 10 athletes have surprised many since all the major sports around the world were hit by the pandemic. Football clubs, including Barcelona and Juventus, and major league baseball clubs have been forced to cut players' salaries as coronavirus caused the season to be shortened to 60 from 162 matches.

But for the first time since Forbes started publishing the annual list a decade ago, four athletes - McGregor, Juventus forward Cristiano Ronaldo, Barcelona playmaker Lionel Messi and Dallas Cowboys quarterback Dak Prescott - earned more than $100 million each. However, what really led to the rise in total income of the top 10 stars was the rise in what they make off-field, which rose by more than $100 million to $512 million.

The Irish MMA fighter has knocked Swiss tennis legend, Roger Federer - who was the world's highest paid athlete last year with earnings of $106.3 million - off his perch. McGregor has competed in just one bout of the Ultimate Fighting Championship (UFC) since the pandemic began. His fight with Dustin Poirier brought in $22 million but the remaining $158 million he earned in the past 12 months came from the sale of his majority stake in Proper No 12, a whiskey brand he founded in 2018.

His stake was bought by Proximo Spirits, an American spirits brand which owns a portfolio of alcohol brands, including the world's largest-selling tequila brand Jose Cuervo and Irish whiskey Bushmills.

With $130 million, Lionel Messi is the second-highest earning athlete in the world. Even though Barcelona cut salaries of most of its players after the pandemic hit, the club started to pay him more after the Argentine announced his intention to leave Camp Nou last year.

© AP Photo / Angel Fernandez
Messi Will Miss Barcelona's Match Against Eibar
Although the attempt failed, it made no dent in Messi's earnings. Besides his astronomical salary at Barca, Messi earned through other sources, including sponsorship deals with Adidas and a clothing line by Ginny Hilfiger, the sister of world famous fashion designer, Tommy Hilfiger.

Speaking to Sputnik, Abdul Khalique - the former Indian footballer who represented his country in the 1998 Asian Games - said that Messi and Ronaldo's earnings haven't taken a hit because they are both global superstars with a massive following on social media.

"The reason Messi and Ronaldo's earnings have increased is that, unlike India where the football season has remained in suspension, European Leagues started late last year despite the pandemic. Matches were played without fans, and teams remained in strict bio-bubbles. Also, Ronaldo and Messi are the biggest superstars in football and earn huge amounts of money from endorsements," Khalique explained.

"Ronaldo and Messi also have a huge fan base on social media and simply can't be compared with other footballers of the world and their popularity is enough to earn them millions of dollars, even when they are not playing the sport," he added.

The Dallas Cowboys quarterback Dak Prescott is fourth on the list behind McGregor, Messi and Ronaldo with earnings of $107.5 million in the past 12 months. Much of his earnings came from a $66 million signing bonus after he signed a four-year, $160 million contract extension with the Cowboys. His new contract also gave him an entry into the $100 million club.

Ronaldo, LeBron James and Federer Feature On The List For The 10th Consecutive Time

Three players have made a appeared in the Forbes list every year for the past decade - Portuguese footballer Ronaldo, former World No 1 tennis player Federer and American basketball megastar LeBron James. Ronaldo, who was the top-earning sports star in 2016 and 2017 earned $120 million this year and is third behind McGregor and Messi. LeBron James, who has made a total of $772.5 million in the past decade, bagged a revenue of $96.5 million in the past year and Federer, who was top-earning athlete in 2020, earned $74.61 million, despite not playing throughout the year because of twin knee surgeries.