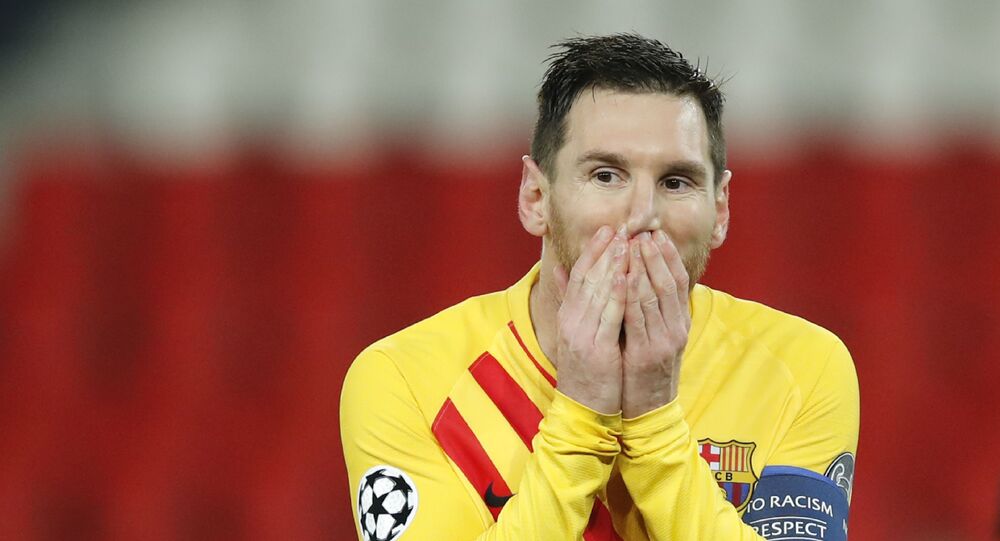 Barca's debt has risen to $1.3 billion due to the coronavirus restrictions, with manager Ronald Koeman previously saying that the club will be unable to sign new players during the summer transfer window.

Barcelona may have to part with at least one of its stars this year if Lionel Messi decides to stay at Camp Nou, Marca has reported citing its sources. According to the Spanish newspaper, the most likely candidate to leave the club is French star Antoine Griezmann. Rumours about him leaving Barcelona have been going on since the beginning of the 2020/2021 season.

Barca purchased the athlete for a whopping $141 million in 2019. However, during his first year at Camp Nou the Frenchman failed to deliver the brilliant performances he displayed at Atletico, netting only 15 goals and making 4 assists. This year was more productive, with the Frenchman scoring 19 goals and making 12 assists. Marca writes that the club does not want to part with Griezmann, but will be forced to if Lionel Messi, whose contract expires this summer, decides to stay at Camp Nou.

According to a report published at the end of January in El Mundo, Messi's previous contract was worth $665 million, with the Argentine superstar earning $166 million in a year. To be able to "afford" Messi, Barcelona needs money, but the club's coffers have been emptied by the ongoing coronavirus pandemic.

Griezmann is not the only player who may leave the club this year. According to Marca, Barcelona may part ways with midfielder Matheus Fernandes and defenders Samuel Umtiti and Junior Frippo. However, those players are in their 20s, while Griezmann will turn 31 next year.

Messi previously said that he will make a decision about his future with Barcelona after talking to the club's news president. Spanish media also suggested that the Argentine star may stay if the club is capable of winning many trophies this season. This year, the Blaugrana only managed to take home the Copa Del Rey.

Real Madrid’s Zidane to Leave Club at the End of the Season, Reports Say