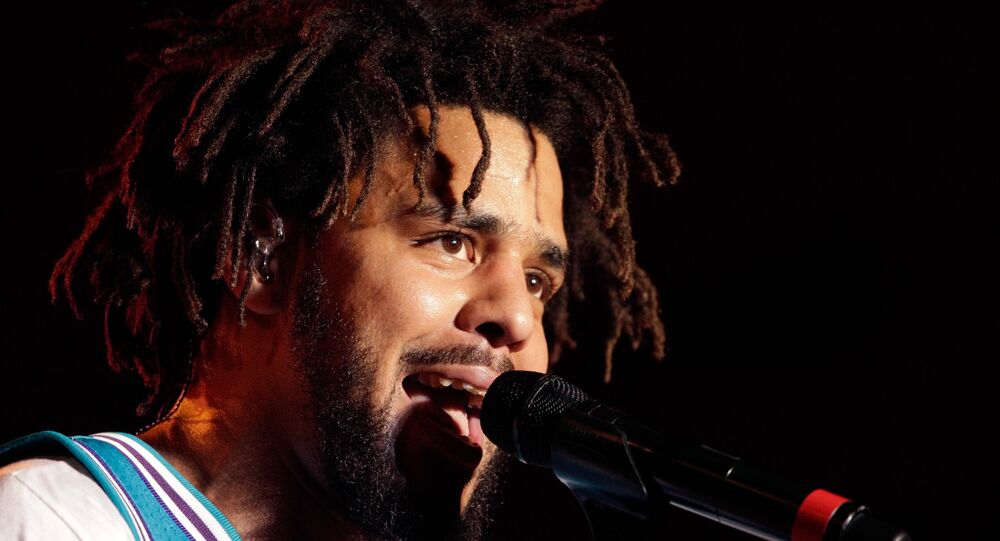 Basketball Africa League (BAL), Africa’s premier 12-team men’s basketball league tipped off in Rwanda on May 16, a year after its postponement was caused by the COVID-19 pandemic. On May 8, Jermaine Lamarr Cole, better known as US rapper J. Cole, arrived in Rwanda to sign with Patriots of Rwanda, a basketball club based in Kigali, Rwanda.

Famed musician J.Cole made his debut in the recently-launched Basketball Africa League over the weekend, scoring approximately three points during his highly-anticipated 17-minute appearance on the court.

The Sunday match against the Rivers Hoopers of Nigeria also saw Cole secure three rebounds and two assists. The Patriots of Rwanda claimed a victory with a 83-60 opening game win in Kigali.

Cole is expected to play in three out of the six games as part of the contract signed with the Patriots until the end of the season, which is due to wrap up on May 30.

There have been concerns about the amount of pressure the rapper is putting on himself as he takes his first step into the league.

"I talked to him in the locker room - I said, ‘I am so proud of you,’ because he was very frustrated with himself," Patriots head coach Alan Major said, according to the BBC. "He had a couple of turnovers. I said, don’t put too much pressure on yourself - the only mistake he can ever make is to just not to try again.”

While Cole surprised many during his step into the professional basketball scene, he showed talent early on during his time at Terry Sanford High School in North Carolina. He also played for St. John’s University basketball team for a short period, as he has said the sport parallels his rap career.

Cole is considered one of the biggest names in the rap game with six albums, including his latest drop “The Off-Season,” which was released two days before his professional basketball debut. The cover of the album features Cole standing in front of a flaming hoop.

The musician has explained that he is currently at a point in his life where he is questioning his role as an artist and looking to expand his career. “I’m at a point in my life where I’m like, are you going to be doing this forever?” Cole said in a recent interview, according to France 24.

New Jersey-born power forward Costner Brandon, who played for several international basketball teams including China and Lebanon, also made his team debut. He accomplished a 20-point pull during the game working with Prince Ibeh, a london-born Rwandan center and the rest of the Patriots’ team.