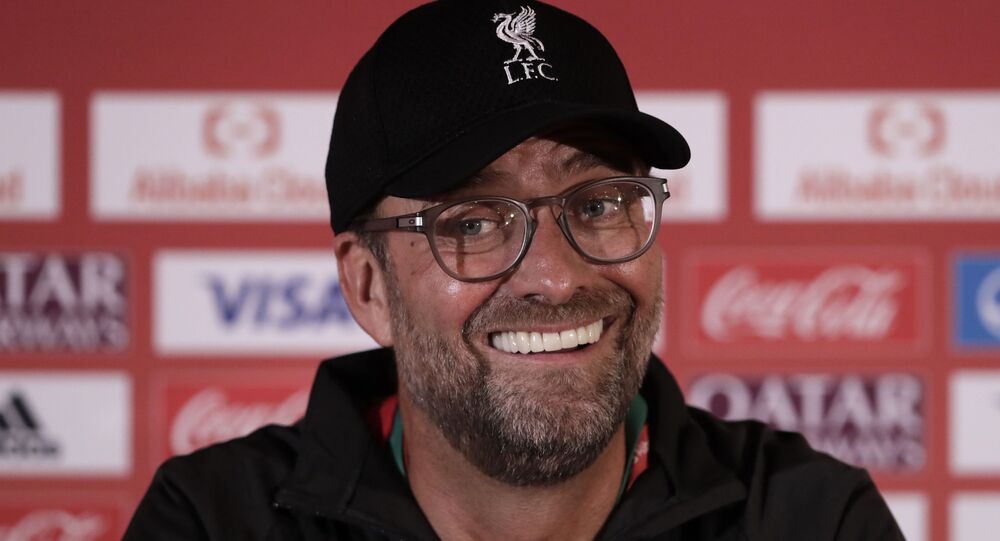 Jurgen Klopp didn’t hold back as he raved about goalkeeper Alisson’s “unbelievable” header that saved Liverpool in the last seconds of their away game at the Hawthorns against West Brom on Sunday.

“It's an unbelievable header, I've never seen anything like that, good technique. I wasn't sure what I was seeing,” he said in his post-match interview with Sky Sports.

🗣️ 'What a goal! Incredible, absolutely incredible. We've already watched it 10 times back in the dressing room'

Jurgen Klopp's reaction to that incredible winner from Alisson... pic.twitter.com/zODC2sGpkW

Seizing the Red’s last chance to secure a win and the badly needed three points, the Brazilian had leapt to glance a delivery by Trent Alexander-Arnold into the far corner of the net during injury time.

After the final whistle, Klopp showered praise on the 28-year-old Alisson Ramses Becker.

“That game is our season in a nutshell. A lot of good stuff, we got hammered for the first mistake and then had to work like crazy,” enthused Klopp.

West Brom had initially secured a lead in the game after Hal Robson-Kanu hammered in the first goal with a neat side-foot finish.

Egyptian Mohamed Salah had levelled the visitors, but as the Reds appeared to have blown their chances, Alisson capitalized on his big moment.

“But nobody got over the top, we had shots from Thiago and Gini and kept playing football and its really difficult against these sides, how they defend, how they set up, and in the end we needed Alisson to sort it!” exclaimed Klopp.

This was also the first occasion when a goalkeeper has scored a competitive goal for Liverpool in their entire history, dating back to 1892.

"I just tried to run into a good place and be there to try and help my players, to bring a defender, but no one followed me and I am lucky and blessed, sometimes things you can't explain. You can't explain a lot of things in my life, the only reason is God and he put his hand on my head today and I'm feeling very blessed," Alisson was quoted as saying by Sky Sports.

“It's only football but it means the world to us. And now let's keep going. We have to a look at who can and can't go again and make sure we are ready for Burnley. Our last week of the season looks quite exciting.”

The Sunday win sets Liverpool behind Chelsea, in fourth place, and three points worse off than third-placed Leicester.

With two games to go, the Reds can move into the top-four if they bag all three points against Burnley on Wednesday.