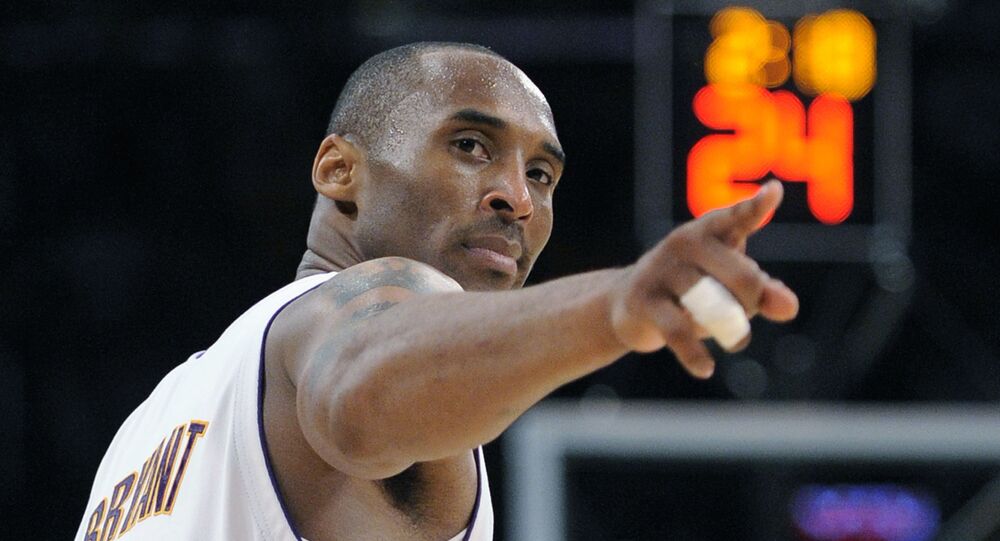 Kobe Bryant Inducted Into Hall of Fame by Michael Jordan

The ceremony took place a year after it was originally planned; it had been postponed due to the COVID-19 pandemic.

Kobe Bryant was posthumously selected as part of the 2020 class inducted into the Basketball Hall of Fame.

It happened on Saturday, 16 months after the star basketball player’s death in a helicopter accident. His longtime friend and mentor Michael Jordan inducted Bryant into the Naismith Memorial Basketball Hall of Fame.

​The ceremony took place at Mohegan Sun Arena in Connecticut, with Kobe Bryant’s wife delivering an acceptance speech on her late husband's behalf.

"Last February, I called Michael and asked if he would introduce Kobe tonight and he graciously accepted. Thank you for being here, Michael. Kobe admired you, this means so much to us," Vanessa told Jordan, who was also on the stage during her speech.

"I wish my husband was here to accept this incredible award. He and Gigi deserve to be here to witness this. Gigi would be so proud to watch her daddy get enshrined in the Basketball Hall of Fame. I know Kobe was looking forward to being here. He asked the Hall of Fame to specifically add a sixth ticket for Capri, he was so happy," she said.

“I can see him now with arms folded, a huge grin saying isn’t this some sh*t.”

​The NBA legend and his 13-year-old daughter Gianna Maria-Onore, along with seven others, died in a helicopter crash in Calabasas, California a little more than a year ago. The crash left Bryant's three other daughters - Natalia, 17, Bianka, 3, and Capri, an infant, - without a father.