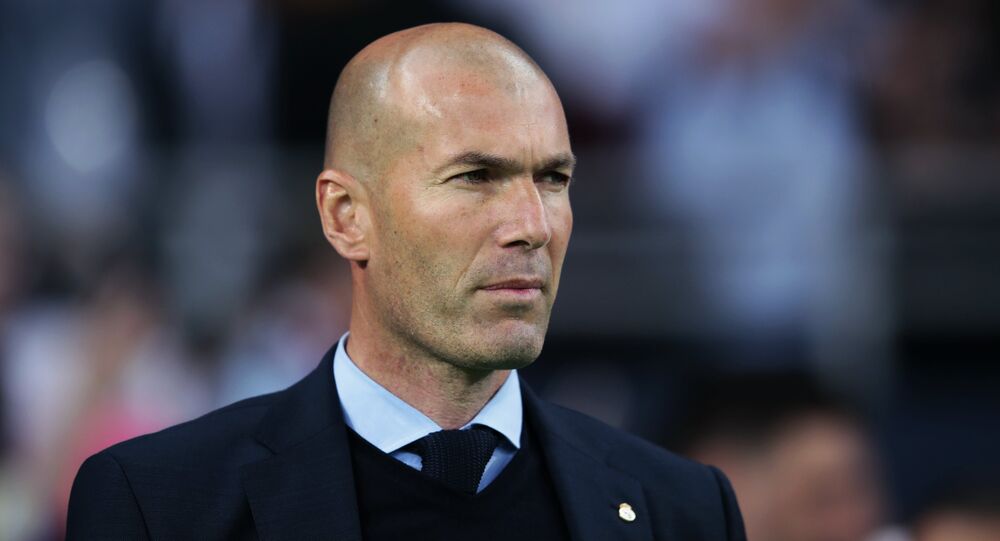 Real Madrid’s Zidane to Leave Club at the End of the Season, Reports Say

There have been rumours circulating in the Italian media that the coach is set to be welcomed by Juventus but probably with a much lower salary.

Zinedine Zidane, the coach of Real Madrid football club, has told his players that he will leave the club at the end of the season, Spanish media reported.

According to Marca newspaper, the coach broke the news to his players on 8 May, a day before last weekend's 2-2 draw with Sevilla.

Zidane preferred not to give an exact answer on whether he would continue at the Bernabéu or not, saying before the Celta game on 20 March that he didn’t look beyond the next game: “you can sign ten years here and tomorrow you are out. Or vice versa. You can sign on for a year and be here for a long time.”

Zidane was also pretty foggy on the issue on Saturday, when asked whether he would remain in charge next season.

"I don't know what'll happen. I'm here, we're playing tomorrow and next week but I don't know what happens after that because this is Real Madrid," he told a news conference ahead of Sunday’s tie with Bilbao.

The news comes despite Zidane having a contract to 2022; the coach took this post for the second time in 2019, having left in 2018 just after winning a third consecutive Champions League crown.