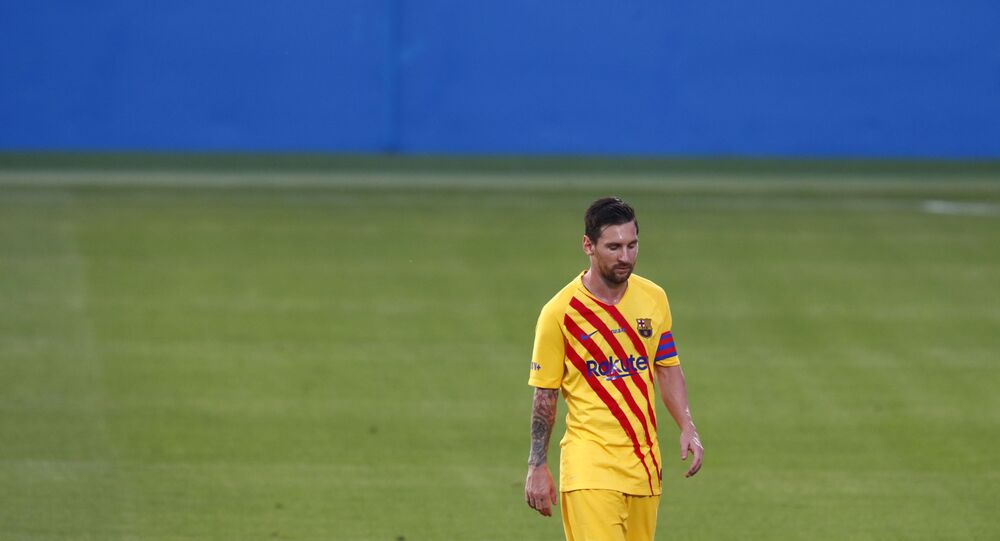 Last summer, the Argentine superstar voiced his desire to leave the Blaugrana, but was unable to as the-then president Josep Maria Bartomeu insisted that a clause in his contract barred him from doing so. Messi claimed Bartomeu lied but he said he wouldn't file a lawsuit against Barcelona’s leadership out of respect for the club.

Barcelona fans are blaming the club for wasting Lionel Messi’s final years after the club’s recent game against Levante. The Blaugrana led twice against its rivals, but the match ended in a 3-3 draw, which frustrated the club’s fans. Barcelona is now ranked second and trails one point behind leader Atletico Madrid, who have a game in hand.

The draw with Levante greatly complicates the fight for La Liga title. Nearest rival Real Madrid trail one point behind Barca. However, they have played one game less.

The news prompted harsh criticism from Barcelona’s fans, who argue that Messi could have won prestigious trophies this season had Barcelona not made him stay.

To think Messi would have a Premier league trophy and have a champions league final to look forward to. Barca are too far gone to save 😔 I’d hate to see him waste his last years like this

Messi could have won his first Premier League today instead of drawing 3:3 vs Levante. Thanks Bartomeu...

​Other netizens blamed manager Ronald Koeman’s tactics and deemed that the athlete should leave at the end of the season when his contract expires.

Koeman is the reason Messi might leave us too
Literally wasted another year of his time with his stinking tactics
People telling me to rest: NO I AM COMING FOR BLOOD

If things don’t change in the summer. Messi should leave for his own good. I never want him to leave cause as a Barça fan why would I not want the best player in the world play for my team.

It’s just good for him and the sooner we start to rebuild the better.

Spanish press wrote that Barcelona may fire manager Koeman after the frustrating draw with Levante. The Dutchman himself said that his future at Camp Nou is in doubt as he took the responsibility for the bleak performance in the second half of the game.
"We are disappointed and we're wondering what happened. Our aim was to win all three games and hope that the others would lose points," Koeman said. "But now it's difficult."

The athlete’s contract with Barcelona expires this summer, allowing him to walk away as a free agent should he decide to say adieu to the Blaugrana. Previously Messi said that he will make a decision on his future at Barcelona after speaking with the club’s new president.

Reports say the ability to win titles is the main requirement for Messi. So far the club has won only one trophy - Copa Del Rey – but missed its chances in the Champions League. So it seems that winning La Liga is vital for Barcelona if they want Messi to stay.