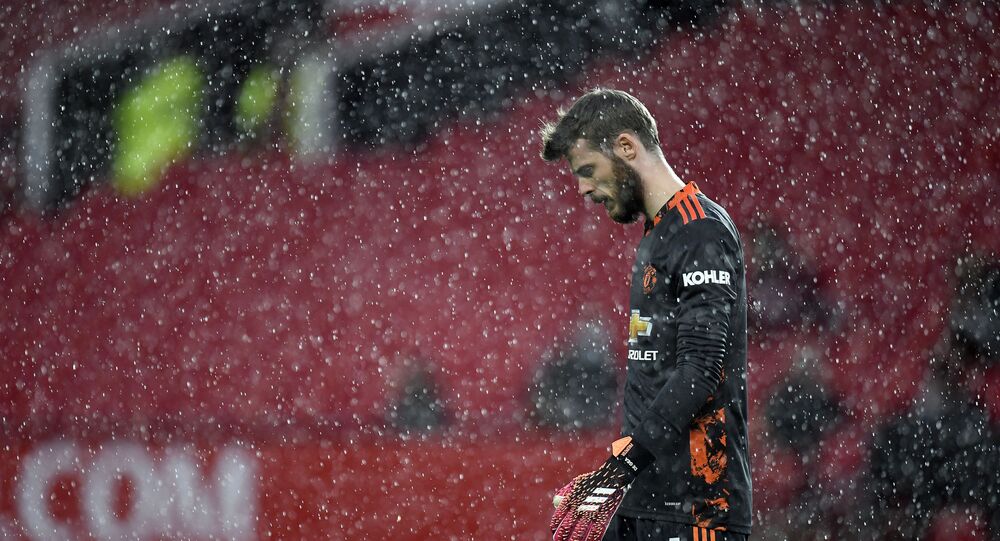 The win was former Barcelona and Bayern Munich manager Pep Guardiola's third Premier League title with Man City in four years — with the club set to face Chelsea in the Champions League final on May 29.

Manchester City have won the Premier League with three games to spare after closest rivals Manchester United lost 2-1 at home to Leicester City.

City were left ten points clear at the top of the table after Caglar Soyuncu's header ended United's hopes.

The new champions, who take the title from last year's winners Liverpool, missed a chance to be crowned on Saturday when they lost 2-1 to Chelsea — who they will face again in the Champions League final on May 29.

© AP Photo / Dave Thompson
Battle of Britain Set for Istanbul as Manchester City and Chelsea Make It to Champions’ League Final
It was the third Premier League title in four seasons for manager Pep Guardiola, who led his previous clubs Barcelona and Bayern Munich. City were trailing by eight points in November, but fought their way back to the top.

"This has been a season and a Premier League title like no other — this was the hardest one," Guardiola said in a statement. "To come through this season — with all the restrictions and difficulties we've faced — and show the consistency we have is remarkable."

The manager described his team's performance as "relentless", adding: "Every single day, they are there, fighting for success, trying always to be better. They have been so, so resilient.''

"We have missed the fans so much," City captain Fernandinho said. "We wanted to do this for them. We will enjoy this moment and we hope the fans do too. Rest assured we will continue to do everything we can to bring the Champions League home this season."