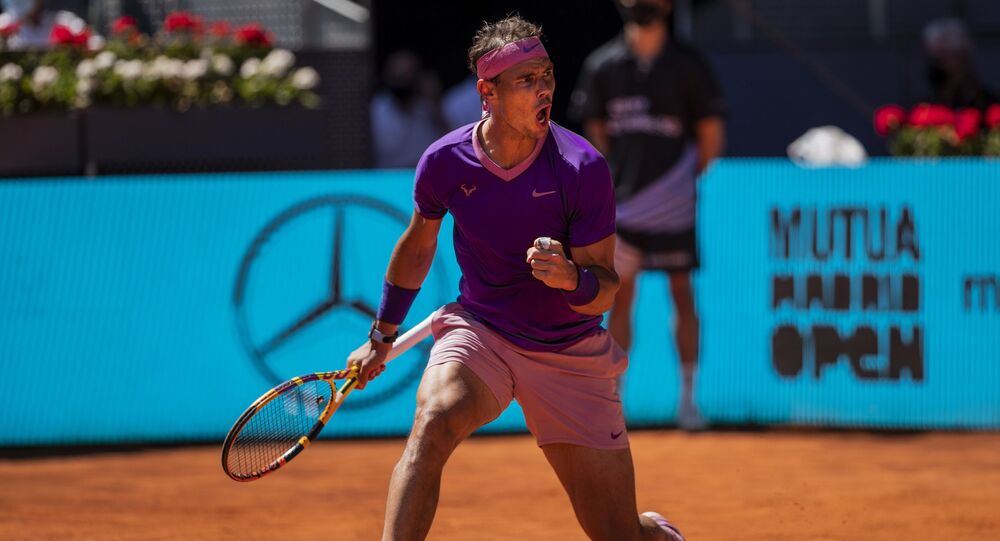 Rafael Nadal’s achievements over the past 12 months have earned him the prestigious “Laureus World Sportsman of the Year” award. However, Nadal, a 13-time Roland Garros champion, who has virtually owned the tennis court, has struggled in 2021. For the first time since 2016, Nadal has lost two matches on the red clay in the same year.

While the Spaniard won the Barcelona Open title for a record 12th time after saving a championship point against Stefanos Tsitsipas in late April, Nadal lost to the promising Russian Andrey Rublev in the Monte Carlo quarters. The former world no. 1 also suffered a defeat at the hands of Germany's Alexander Zverev in Madrid, which came as a complete shock to his fans.

Losses for Rafael Nadal on clay since 2017

​So, what is actually troubling Nadal this season?

Well, there are multiple factors behind Nadal's recent struggles on the clay. First and foremost, Nadal was nursing a back injury at the beginning of the season and it was one of the prime reasons behind his early exit from the Australian Open in Melbourne. Certainly, a bruised back didn't help his cause Down Under and subsequently, forced him to withdraw from a number of tournaments in America.

Moreover, Nadal is a player who loves to build momentum, which he couldn't do this year, considering he was injured and recuperating at his home in Majorca. A lack of match practice was likely one of the biggest reasons behind his defeat in Monte Carlo. Besides his inability to hit his heavy topspin ground-strokes with consistency, the other main factor behind Rafa's defeat in the principality was the heavy conditions that were prevalent on the court on that particular day against Rublev.

"Nadal's game relies on heavy topspin, which means that the ball simply shoots up on his opponents and they are unable to deal with the high bounce and more often than not, fail to put the ball back in play. Otherwise, they simply make a soft or short return, which allows Nadal to dictate the terms of play from the baseline. The fact is, in heavy or overcast conditions, Nadal is unable to make the ball bounce higher and it helps his rivals to negate his most potent weapon on clay", Akshay Kohli, a former Indian tennis player, observes.

This is precisely what happened in Nadal's match against Rublev in Monte Carlo. It was a contest played in overcast conditions and the Russian went on the offensive from the outset, never allowing Nadal to settle down in any sort of rhythm whatsoever throughout their encounter. The southpaw was unable to put enough revolutions on the ball, and hence Rublev remained untroubled. Even though Nadal fought hard and tried to make a match of it by winning the second set, Rublev proved too strong for him as he cruised through the final set to eventually claim a 6-2, 4-6, 6-2 win.

​The following week, Nadal won the Barcelona Open in a dramatic fashion against Tsitsipas as he managed to survive a match point against the Greek in the final. Tsitsipas, who had already proved his worth on the clay after winning the Monte Carlo Masters the previous week, was on fire against Nadal as he won the opening set and was on the verge of winning the tournament as he led by a break in the second. But, with his back to the wall, Nadal mounted an incredible comeback, winning the set in a tiebreaker before capturing yet another title on the red dirt.

However, another setback awaited Nadal in Madrid at the beginning of this month. Surely, nobody expected that the 20-time Grand Slam winner would lose to Alexander Zverev of Germany in the quarterfinals. The most surprising thing about the loss was that Nadal never appeared to have any sort of form or rhythm at all and struggled to time the ball throughout the match. But, one mustn't forget that Madrid's Magic Box Arena is situated at a high altitude and Nadal has had a long history of struggles in the tournament.

​Despite the fact that Nadal lost in Monte Carlo in overcast conditions and that his defeat in Madrid wasn't all that surprising as he had never been impressive in that tournament, considering the way he has dominated the French Open, the Rome Masters, the Barcelona Open, and the Monte Carlo Masters, then the manner of Nadal's defeats on the clay this season is certainly a worrying sign for his admirers across the globe.

While there's no doubt that Nadal always saves his best for the French Open, ex-India star Kohli predicts that winning the ongoing Rome Masters will be crucial for him, especially if he wants to win his 14th title at Roland Garros.

Kohli says, "Nadal's form will be extremely important for him during the Italian Open this week and if he does win the event in Rome, he will head into the French Open as an overwhelming favourite. If he fails in his mission, more doubts will be raised about his ability to break Roger Federer's Grand Slam record in Paris in a month's time".

Unlike his critics, who may be doubting his form, Nadal, doesn't think that he is playing too badly at the moment. Nadal said: "On court I think I have always been playing with a positive attitude and of course try my best. But almost always under good self-control".

Rafael Nadal ‘Very Pessimistic’ About Return of Tennis Amid Pandemic