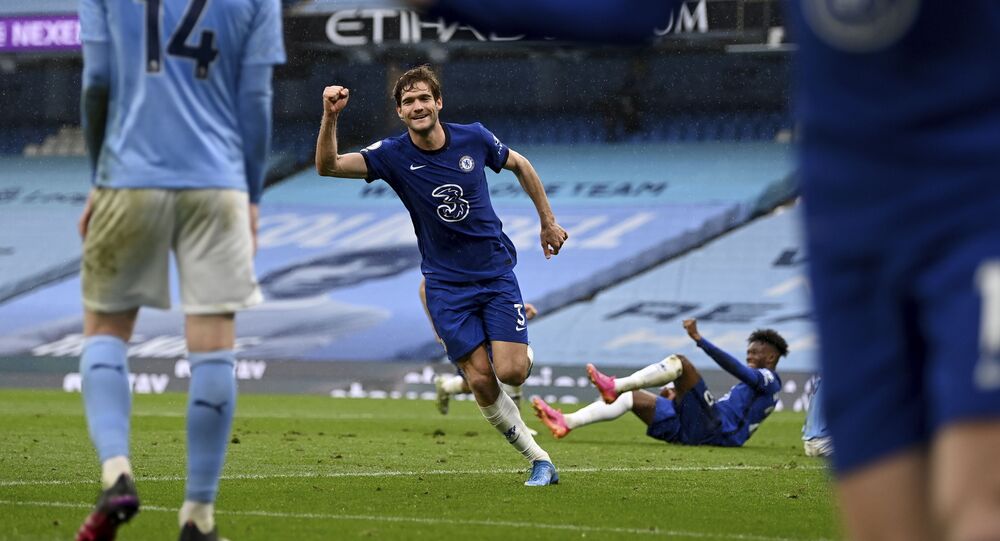 The COVID-19 pandemic has played havoc with the global sporting calendar with both the Olympics and the Euro 2020 football championships postponed for a year. Now the Champions’ League final in Istanbul is in doubt because of the virus.

European football’s governing body, UEFA, is coming under intense pressure to switch the Champions’ League final at the end of the month from Istanbul to London.

The game will be between two English teams - Chelsea and Manchester City - and UEFA was prepared to allow 4,000 fans from each side attend the match at the Ataturk Olympic Stadium on 29 May.

Turkey currently in full lockdown yet @ChampionsLeague insist on final being played in Istanbul with 4000 fans from each club in attendance, madness, switch it to Wembley now! #ChampionsLeague

​But last week Britain’s Transport Secretary Grant Shapps revealed Turkey remained on the "red list" for countries and said it "should not be visited except in the most extreme circumstances" because the virus is still rampant there.

© AFP 2021 / OZAN KOSE
A man fishes on shore of Bosphorus straits as Galata bridge is seen in the background, at Karakoy neighbourhood, in Istanbul, on February 23, 2021.

Turkey has had more than five million cases - the fifth highest in the world - and although it has had far fewer deaths - 43,000 - than Britain, the death rate has been climbing for more than a month, unlike in the UK where it has fallen sharply.

If the game did go ahead in Istanbul those fans who got tickets and were determined to go would have to travel overland or by a nefarious air route via Lisbon or Reykjavik.

Sadly it isn’t that simple. Staff, local organisations, contractors, satellite trucks booked, hotels all booked for sponsors. Venue has been pre-cabled for international broadcasters, commentary positions built. Branded and dressed. Plus it’s already been postponed there once 🤓

​British citizens returning from red list countries such as Turkey are required to quarantine at a hotel for 10 days at their own expense.

Mr Shapps said the English Football Association was trying to persuade UEFA to switch the venue but it was "ultimately a decision for UEFA."

Dailymail's Martin Samuel: "Chelsea had got under his (Guardiola) skin in a way other opponents have not. They will be the only team to beat City twice in the 2020-21 campaign and will go for the hat-trick in the Champions League final."

​A change of venue would no doubt infuriate Turkey’s President Recep Tayyip Erdogan, who was hoping hosting the game would boost his country’s image.

But the Chelsea Supporters Trust has asked for the game to be moved to London’s Wembley stadium and Manchester City fans are also pressing for the game to go ahead in the capital.

One obstacle in the way of that is that Wembley is already hosting a very important match on 29 May - the Championship play-off final, with the winner gaining promotion to the Premier League.

The FA could conceivably push that game back until 1 June or alternatively the Champions’ League final could be held in Birmingham, Cardiff or Glasgow.

Chelsea are in the Champions League final.

Arsenal won't be playing in the UCL next season. pic.twitter.com/QUjhNsWKMm