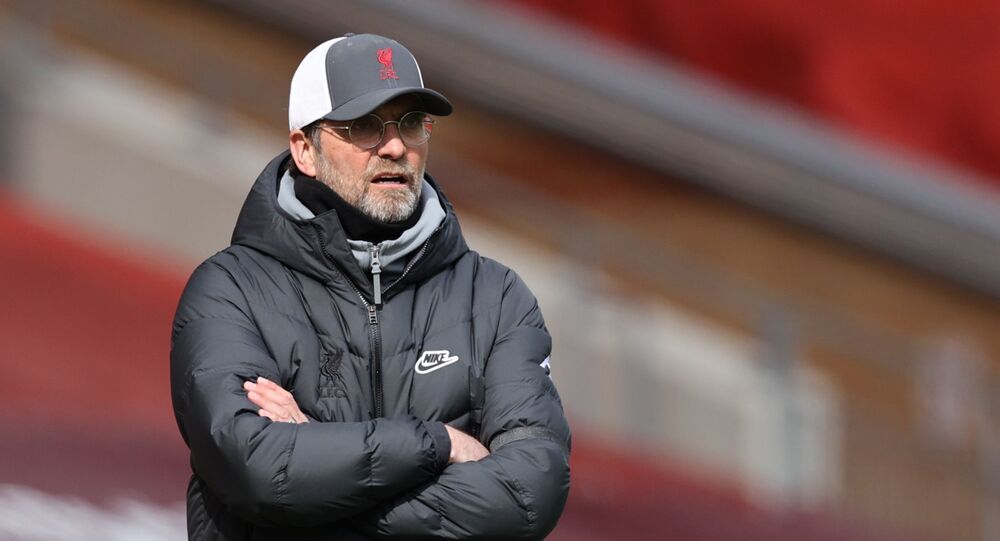 England's Liverpool Football Club, which has qualified for the Champions League in the last four seasons, reaching the final twice under team manager Jurgen Klopp, are currently seven points off the top four, with the chances of them catching up looking daunting, albeit not impossible.

Liverpool boss Jurgen Klopp has warned his elite team of players against ‘sulking’ over its possible failure to qualify for next season’s Champions League.

With five games to go, and Liverpool seven points away from fourth-placed Chelsea, the German professional football manager has been cited by sports media as admitting they face an uphill battle to finish in the top four.

“I'm not sure there is still a chance,” Klopp was cited by sports media as saying.

Liverpool had been facing a challenging start to 2021 as injuries plagued players and team performance hit a new low after five successive home defeats.

Nevertheless, Klopp indicated he would not stand for any moping if Liverpool were, indeed, to miss out on the Champions League.

“We are not kids in a candy shop who are not getting the candies… We are responsible for the situation we are in, and nobody will watch next season’s Champions League and lie in front of the television and cry if we are not involved,” he was cited by Sky Sports as saying.

Jurgen Klopp tells his players they’ve won things together, and lost big time together... so no one is leaving, and they'll sort it out together next year.

"We will sort it together. You can trust me on that one." pic.twitter.com/QE81AeRrhE

​Widely regarded as one of the best managers in the world, Klopp took over Liverpool in 2015 to guide the club to successive UEFA Champions League finals in 2018 and 2019, winning the latter to secure his first – and Liverpool's sixth – title in the competition.

Klopp has acknowledged that injuries plagued Liverpool throughout the 2020/21 season, while a number of top stars, such as midfielders Sadio Mane, Naby Keita, Thiago Alcantara and Alex Oxlade-Chamberlain struggled to find their form.

“The reaction from this season we will show together as well. If somebody would struggle with that hopefully I would realise and I could solve that situation early. I am pretty sure I would recognise it early. All the rest we will sort it....you can trust me,” explained Klopp.

If The Reds fail to qualify for next season’s Champions League some experts suggest this might present real problems for the elite squad, used to competing at the very highest level.

Furthermore, top European clubs, such as Real Madrid and Paris Saint-Germain (PSG) are believed to be keeping a close eye on players like forward Mohamed Salah, Sadio Mane, and Virgil van Dijk.

Klopp insists he is already looking ahead.

“The summer is important for all of us and you can say exactly the same about each player,” added Jurgen Klopp