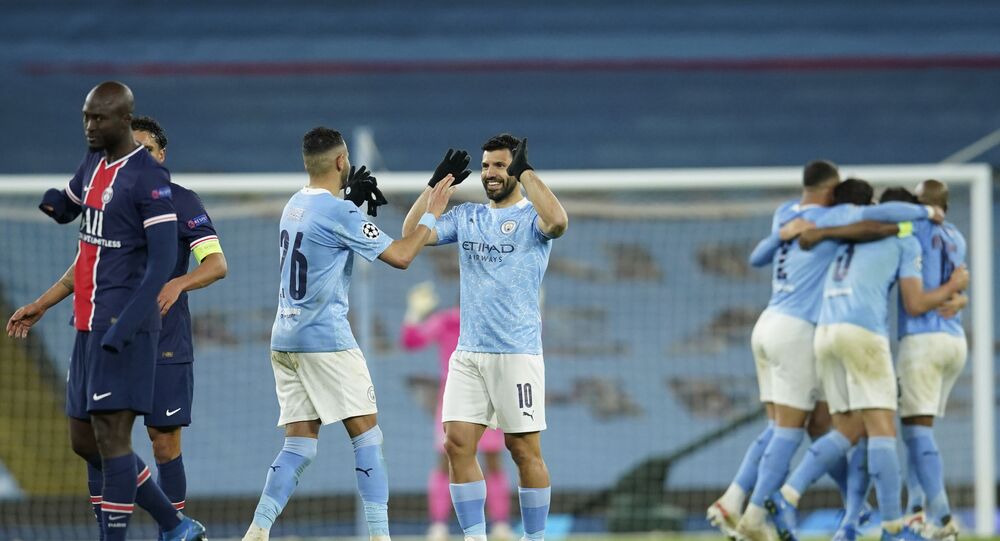 Manchester City and Chelsea will meet in the final of the Champions’ League later after both won their semi finals this week. It will be the third all-English final, following Manchester United’s victory over Chelsea in 2008 and Liverpool against Tottenham in 2019.

Fans of two English Premier League teams have already begun exchanging banter and barbs on social media after they reached the Champions’ League final in Istanbul on 29 May.

Chelsea - who have won one and lost one final before - beat Real Madrid on Wednesday night to clinch their place in the Ataturk Olympic Stadium but for Manchester City, who beat Paris St Germain on Tuesday, it will be their first ever Champions’ League final.

​UEFA says it is aiming to give both club's fans 4,000 tickets although the Turkish government is expected to require them to have had COVID-19 vaccines or at least negative tests.

City manage Pep Guardiola has been there before - he has won the Champions’ League twice with Barcelona - while Thomas Tuchel over took over as Chelsea manager in January this year when Frank Lampard was sacked. Tuchel managed Paris St Germain last year when they lost the final to Bayern Munich.

Chelsea set up an all-English final when they beat Real Madrid 2-0 in the second-leg of the semi final at Stamford Bridge, winning the tie 3-1 on aggregate.

​Mason Mount, who scored the second goal on the night, told BT Sport: "It was a tough, tough game. They're going to come and give it everything but we worked hard. We should've probably had about five! But the most important thing is we won tonight. We want to go into every game winning it. I can't put it into words. Great performance tonight.”

Mount is only 22 and the other scorer, Timo Werner, is 25, and Chelsea’s youth ultimately won out against a Real Madrid side which contained Sergio Ramos and Luka Modric, both 35, 33-year-old striker Karim Benzema and German midfielder Toni Kroos, who is 31.

City have already won the EFL Cup this season and are odds-on certainties to win the Premier League so the Champions’ League would give them a special treble.

Chelsea meanwhile will play Leicester in the FA Cup Final on 15 May.