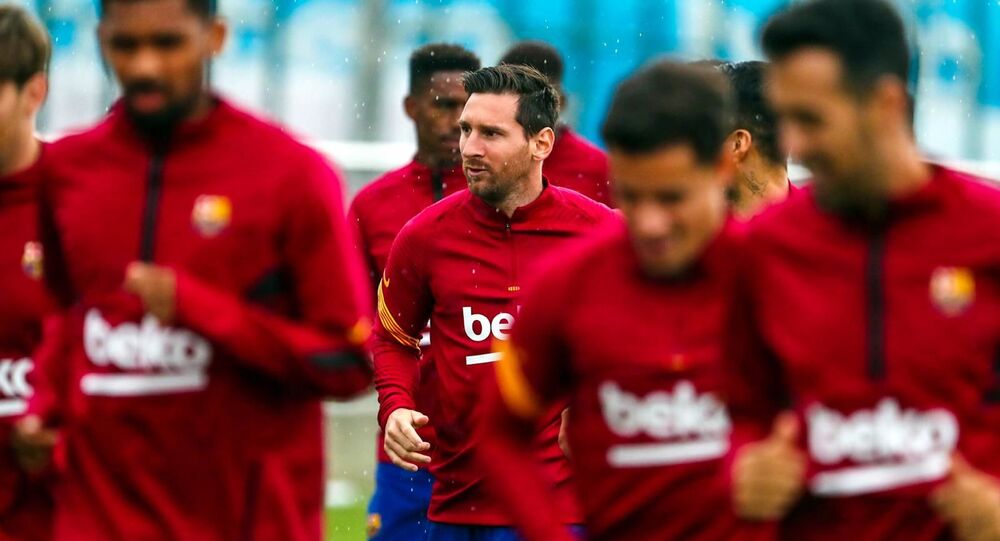 The Uruguayan striker offered his view on Lionel Messi’s future as speculation continues over where the Argentine will be plying his trade next season.

Atletico Madrid the Uruguay striker Luis Suarez said he can't imagine Argentine forward Lionel Messi playing for anyone else other than Barcelona in an interview with TV3.

“If Messi asked me as a friend, I would tell him I don’t see him anywhere other than Barca, it wouldn’t be good for him,” Suarez said.

Ex-Barca player Suarez thinks the best option his former team mate would be to stay with the Catalan club for six more years because he says the Nou Camp is where Messi feels the happiest. However, he added that the Argentine must decide for himself.

Rumours have been circulating for months now claiming that Messi might sign for Paris Saint-Germain (PSG) in the summer. The French club have reportedly offered him a two-year contract.

Earlier this week, Spanish media said Messi will stay at Barcelona and sign a new contract, while also taking a salary cut. According to reports, the six-time Ballon d'Or winner's father met with club president Joan Laporta on 28 April – he reportedly told him that Messi would only stay if Barca is active in the summer transfer and builds a team capable of challenging for the Champions League.