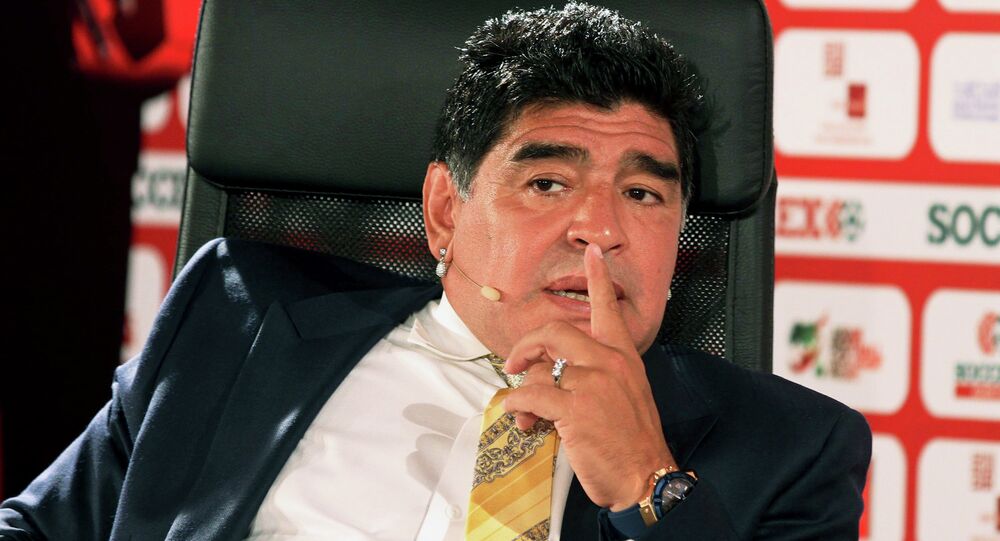 Recklessness and Inexperience: Doctors and Nurses are Responsible for Maradona's Death, Report Says

The Argentine athlete, widely regarded as the world's best football player, died on 25 November 2020 after suffering a heart attack. Three weeks before his death he successfully underwent surgery to remove a blood clot in his brain and was to be treated for alcohol addiction.

Diego Maradona died because he did not receive proper medical care, Todo Noticias and Clarin reported citing people who have access to a report written by the medical board investigating the athlete's death. The final report will be published on 3 May.

Although the commission confirmed the results of the autopsy, which said that Maradona died due to pre-existing heart disease, it emphasised that his personal doctors and nurses did not give due attention to the athlete having suffered from cirrhosis and heart problems, sources told the media.

Maradona reportedly did not follow any diet or nutritional plan drawn up by professionals and was not given any medications that would have addressed the said health issues.

"It was recklessness and inexperience", sources told Todo Noticias.

Nurses Lied About the Time of His Death

Another crucial detail mentioned in the report was the time of the athlete's death, sources said. The medical board said that Maradona died between 4 and 6 a.m. when he was sleeping. However, nurse Dahiana Madrid and Ricardo Almiron, who took care of the footballer after his brain surgery previously told investigators that Maradona was alive when they checked on him in the morning.

Madrid later retracted her statement, saying she was told to lie by the medical firm Medidom, for which she works.

The paramedic, who arrived with the ambulance, certified the death at 1:15 pm. Nurses said they tried to resuscitate Maradona for 45 minutes before the ambulance arrived.

Sources told Clarin that this and other details may prompt prosecutors to change the charges from manslaughter caused by medical negligence to abandonment of a person in danger and homicide with malice. If found guilty, the seven people currently under investigation may face between 15 and 25 years in jail.

Maradona's personal doctor Leopoldo Luque as well as psychiatrist Agustina Cosachov have denied the accusations, saying they did what they thought was best for the athlete.