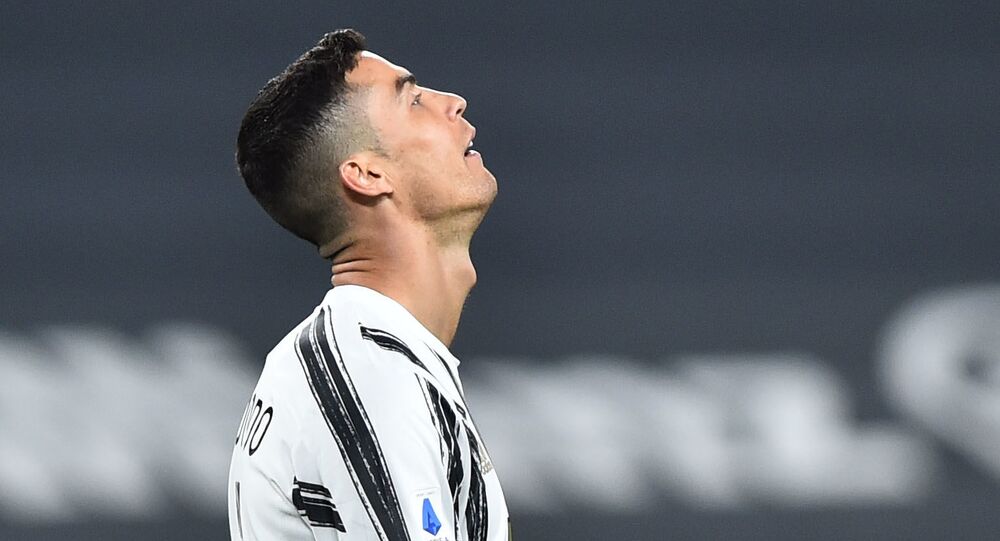 'Is He Scared of the Ball?' Ronaldo Blasted For Ducking Out the Way of Parma's Free-Kick

Portuguese star Cristiano Ronaldo was once dubbed an “expensive” mistake for Juventus to make. The footballer costs the club an impressive €31 million per year, which keeps a lot of eyes on him during the performances – after all, is he worth all this money?

Cristiano Ronaldo is being blamed for Juventus’ recent miss against Parma as Gaston Brugman scored an opening goal in a stunning free-kick.

In the first half of the Parma vs Juventus bout on 21 April, Ronaldo and his three teammates lined-up in a human wall to repel Brugman’s free-kick attack.

And while other players made a jump to stop the ball from hitting the goal, Ronaldo stayed visibly still. Well, not really. The 36-year-old Portuguese actually managed to cover his face as the ball was approaching so it wouldn’t hit him.

Cristiano Ronaldo in the wall... 😅 pic.twitter.com/iezZpf9w1E

The viewings of the moment show that the ball flew just over his head, so potentially the forward could have been the one to block it. But he didn’t. So it's no surprise Juventus fans are pretty frustrated with the player, whose salary totals a whopping €31 million per year.

Despite Juve winning in the end, this was not the first time Ronaldo has ducked out of the way of a ball. Many are genuinely concerned now – is the professional player really scared of hurting his face or “ruining his makeup”?

Sacred of hurting his pretty face

He didn’t want to ruin his makeup allow it

He got a teammate laying on the ground to cover the low shots. Let's be real, He didn't jump cause he did not want to get hit by the ball.

Teammate already cover low shots by laying down, wonder why didnt cristiano just jumped? Its one of his best attributes too

According to some reports, Juventus management has been mulling the idea of whether to sell the expensive player at the end of this season despite his contract expiring only in 2022. The Italian club hasn't confirmed these speculations but former sporting director of Turin and Palermo clubs Rino Foschi believes that the footballer should really be sacrificed to make way for his less expensive colleague Paulo Dybalo. Buying Ronaldo in the first place was an “expensive” mistake to make, the club’s ex-chairman Giovanni Gigli said in March.