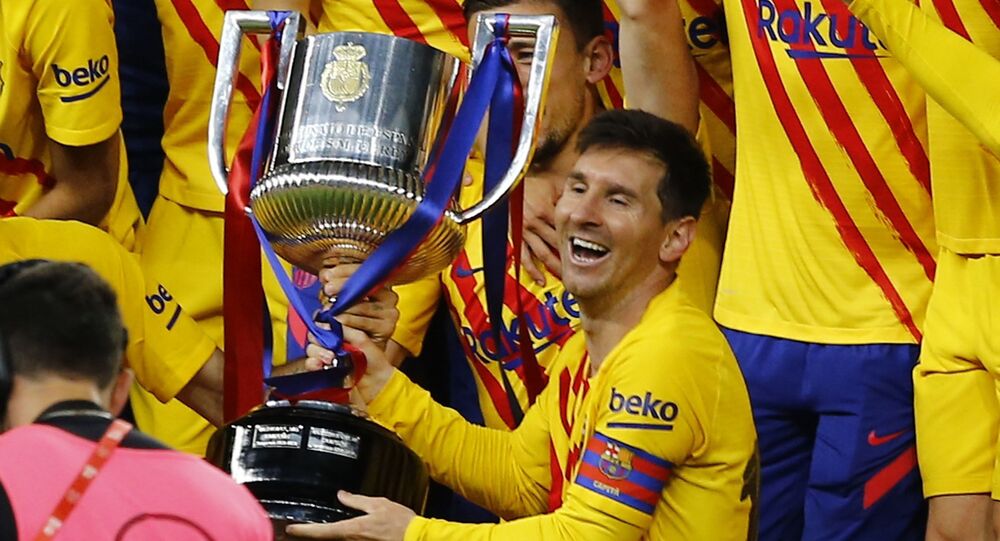 Barcelona is one of three La Liga clubs that have agreed to join much decried the European Super League football association. What would this mean for its starring players over promised sanctions from UEFA?

Future of Argentinian football superstar Lionel Messi is currently uncertain after Barcelona has joined the breakaway European Super League (ESL), the participants of which would potentially be banned from playing for their national teams and taking part in other international tournaments.

For Messi, whose contract with his career-long team expires in June, Barca’s merger with 11 other rebel clubs creates some clear obstacles, if he decided to stay at the Camp Nou.

According to the AS’s recent report, the starring 33-year-old player could be offered a life-long salary if he goes on with the team, but he and his father-agent Jorge are yet to meet with the club’s bosses to discuss all the lucrative proposals.

But Barcelona’s ESL bid is kind of a game changer here. On the one hand, the club could receive a boost worth 300 million euros for becoming a part of the rebellious league. Big money means bigger opportunities for Messi and even some new sporting projects – potentially.

On the other hand, as a captain of the Argentina national team, Messi could miss any future World Cups or other tournaments if sanctions against the ESL players materialize. Analysts at Spain’s Marca magazine note – upcoming Copa America and World Cup competitions could be the player’s “last chance to win an international trophy.” Would he risk these chances by staying with a breakaway Barca?

But if Messi leaves the club he would be left with few alternatives to join – 12 of Europe’s top teams have already backed the ESL option, including Juventus, Liverpool and Manchester City. Paris Saint-Germain is against the idea – for now.