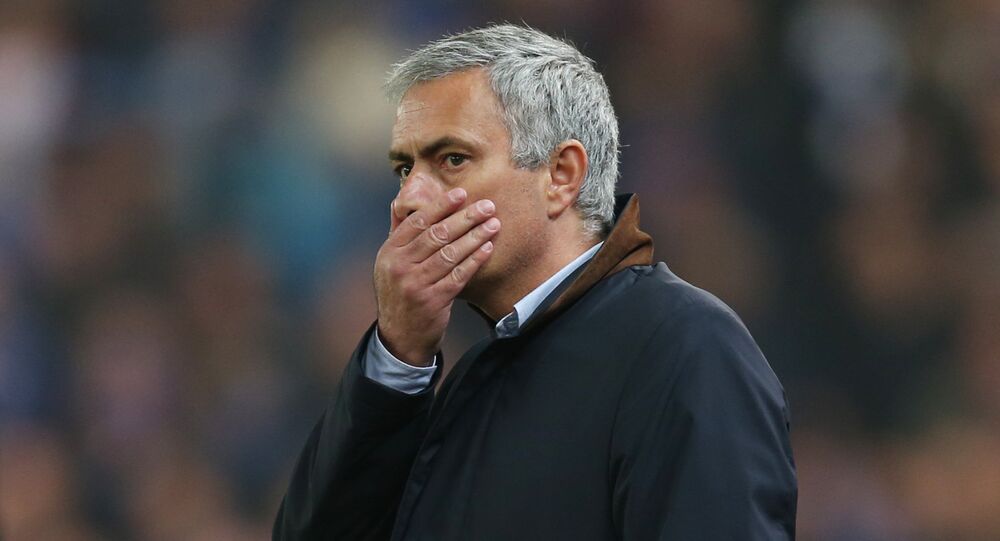 Tottenham Hotspur have sacked manager Jose Mourinho only six days before the EFL Cup Final against Manchester City. Mourinho was only in charge of Spurs for 17 months and the lustre appears to have fallen from his reputation.

Jose Mourinho has been fired by Tottenham, whose chairman Daniel Levy has grown tired of his inability to guide a star-studded team into the top four of the English Premier League.

Spurs are languishing in seventh place, five points behind crosstown rivals West Ham and look like missing out on a coveted place in the Champions’ League.

Jose Mourinho is fired. He is the first of the European Super League managers to lose their job.

​After Tottenham drew 2-2 with Everton on Friday, 16 April, Manchester United and France midfielder Paul Pogba compared his current manager Ole Gunnar Solskjaer favourably with his predecessor, Mourinho, who famously fell out with the Frenchman when he managed United.

José Mourinho sacking is not linked to Super League... and he’s never refused to take training today. He’s been fired because of results and no nothing else. ⚪️🚫 #THFC

​Mourinho, 58, retaliated by saying "he couldn't care less" about what Pogba said.

But the Portuguese manager seems to have “lost the dressing room” at Tottenham, just like he did at United. In an interview after Spurs threw away a 1-0 lead to lose 3-1 at home to United on 11 April he appeared to say his players were not good enough.

Spurs’ star player Harry Kane, scored both goals in the game against Everton and is the Premier League’s top scorer, but has been intimating he would leave the club if they do not make it into the Champions’ League.

José Mourinho is the only manager to beat Pep Guardiola in a cup final (excluding Super Cups).

He was less than a week away from trying to do it again. 😳 pic.twitter.com/dz3Q4BD8D4

​Mourinho was a mediocre player in his native Portugal but retired due to injury in 1987 and went into coaching.

In 1992 he began interpreting for Bobby Robson, the great English coach and manager, when he was at Sporting Lisbon and he retained that role when Robson went to Porto and then Barcelona.

All the time Mourinho was picking up inspiration from Robson on coaching but was developing his own style.

​After Robson was sacked by Barcelona in 1997 Mourinho stayed on as a coach and assistant to Dutch manager Louis van Gaal and then in 2000, aged just 37, he took his first job as boss - at Benfica, one of Portugal’s top clubs.

But after just three months at the Stadio da Luz Mourinho walked out after a row with the board and ended up at a small club, União de Leiria, where he began to achieve some success.

He was then recruited by Porto and he turned them into a great team, winning the Portuguese league twice, the UEFA Cup and then the Champions’ League, trouncing Monaco 3-0 in the final.

​Chelsea owner Roman Abramovich hired Mourinho in the summer of 2004 and the Portuguese coach brought his ego with him at his first press conference, where he referred to himself as the “special one.”

Mourinho told the English press: "Please don’t say I’m arrogant, because what I say is true. I am European champion, so I’m not…one of the bottle. I think I’m a special one."

Mourinho was an instant hit at Chelsea, winning the Premier League in his first team - the Stamford Bridge club’s first title since 1955 - and then repeated the feat the following season.

The Club can today announce that Jose Mourinho and his coaching staff Joao Sacramento, Nuno Santos, Carlos Lalin and Giovanni Cerra have been relieved of their duties.#THFC ⚪️ #COYS

​But things turned sour and in September 2007 Mourinho suddenly left the club “by mutual consent” after a season of disagreements with Abramovich.

In June 2008 Mourinho was appointed manager of Inter Milan and, after winning two Serie A titles and a Champions’ League there, moved onto Real Madrid in 2010.

He won the Spanish league in 2012 but failed to deliver the Champions’ League victory which the Bernabeu craved and again left “by mutual consent” in May 2013.

Mourinho then returned to Chelsea but he was unable to deliver the success of his first spell and in December 2015, only four months after signing a new four-year contract, he was let go after a disappointing run of results.

But Mourinho’s tactical nous was still highly regarded in the Premier League and in the summer of 2016 Manchester United, who had been struggling to replace the genius of Sir Alex Ferguson, turned to him.

Big up the special one pic.twitter.com/5ZiwMFXoRn

​Mourinho persuaded the board to splash out £100 million on Pogba and he won the Europa League final in his first season but he was unable to rebuild the squad in the way he wanted and his defensive football did not endear him to the Old Trafford crowd.

In December 2018 United fired Mourinho but less than a year later he was back again - this time as Tottenham manager, replacing Mauricio Pochettino who had got the club into the Champions’ League final.

Mourinho’s time at Tottenham has not been a success and with the team looking like they will fail to deliver Champions’ League football again, the board has pressed the trigger.

Will Mourinho be given another chance at a top European club?

Or is he going to call time on his managerial career?

Only time will tell.