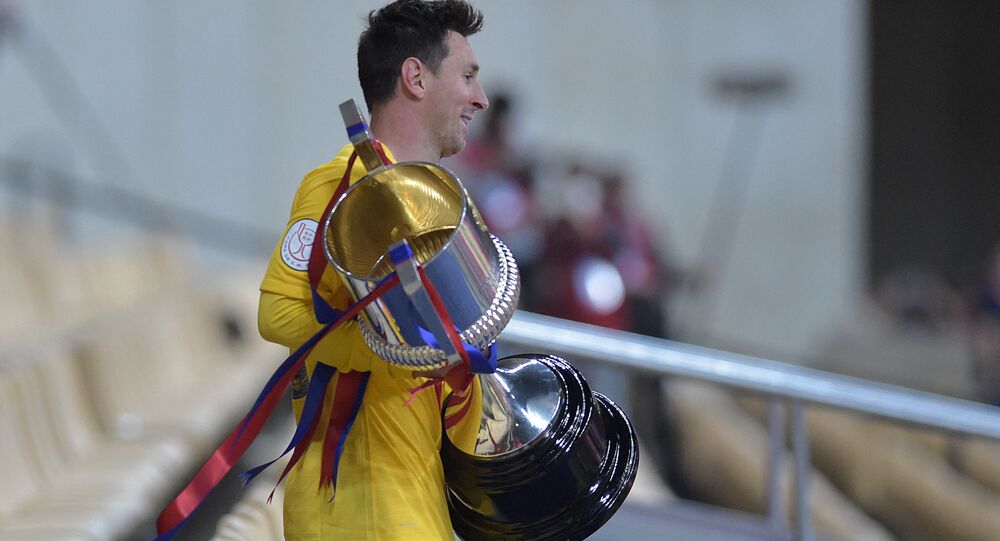 The Argentine could strengthen his position even further this year, as Barcelona has managed to transform its performance in the second part of the season and is now fighting for the La Liga title. With eight games left, the club is currently ranked third and is trailing one point behind leaders Atletico Madrid.

The victory means the forward has now drawn level with his former teammates – Spaniard Andres Inesta and Brazilian Maxwell – by winning 37 trophies.

These include prizes he won with Barcelona and the Argentinian national team. According to Goal.com, Messi's arch nemesis Cristiano Ronaldo has been less lucky and won only 31 trophies, but the Portuguese player boasts a variety of prizes from different football leagues, including the Premier League, which is widely considered the best in the world.

The most successful player in the history of football is Messi’s former teammate Dani Alves. Over the course of his career, the Brazilian midfielder won 42 trophies.