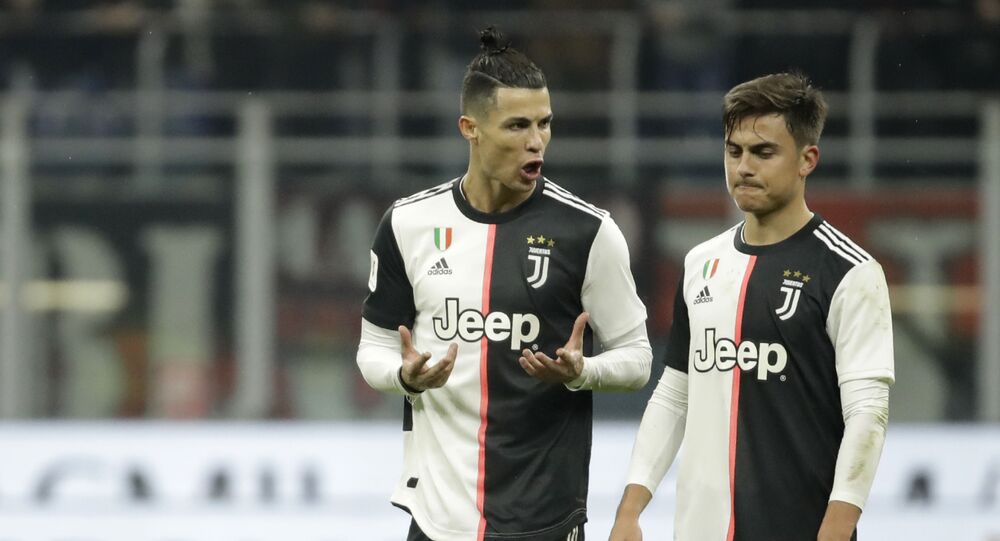 Cristiano Ronaldo’s contract with Italy’s Juventus is set to expire only in 2022, but journalists earlier suggested that the club’s management was actually considering selling the Portuguese forward at the end of this season. The reason: he is just too expensive.

If choosing between too pricy forwards - Cristiano Ronaldo and Paulo Dybalo - Juventus should go with the latter one, former sporting director of Turin and Palermo clubs Rino Foschi warns.

“Juve with Ronaldo hit an important goal. But I would go on with Dybala and start a new cycle,” Foschi told TMW when asked whether the 'Old Lady' should keep the Portuguese football legend.

“Ronaldo wants to win the cup and thinks about goals, it’s an industry. Between the two I would sacrifice him,” the ex-director added.

Ronaldo, 36, had quite a season at Juve, breaking Pele’s record as the world’s top scorer with his 770th goal against Cagliari in March. But his annual salary of €31 million is just too much for the club, which has been financially struggling through the COVID pandemic.

According to journalist Nicolo Schira, Juventus management was now seriously considering whether to let the player go. Former chairman of Juventus Giovanni Gigli believes this would be the right thing to do at the end of this season. Gigli puts in plainly – signing Ronaldo in the first place was just a really “expensive” mistake to make.

Unlike Ronaldo, Dybala, a 27-year-old player from Argentina, demands just €13.5 million per year in cash. Meanwhile, he had missed a lot of games this season due to a serious COVID bout and some injuries.