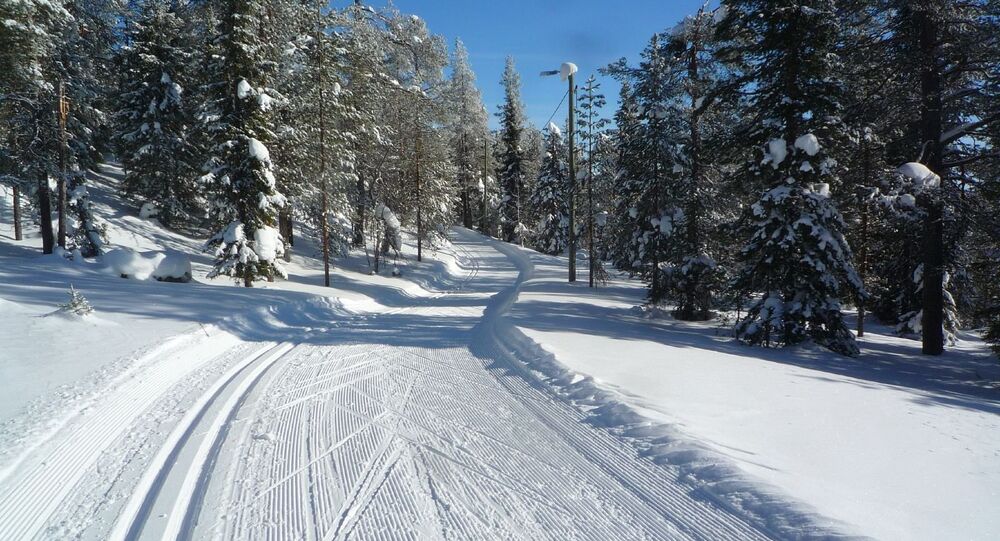 'It Was Fun': Norwegian Man Skis Record-Breaking 700 Kilometres in a Single Go

Following the mind-blowing 41-hour-long attempt, 48-year-old Anders Aukland once again established himself as the record-holder and the winner of the so-called “Kilometre War” for the most distance covered in a single go.

Norwegian skier Anders Aukland, former Olympic and World Championship medallist, has set an insane record of 700 kilmetres in one stretch – more than the distance between Moscow and Saint Petersburg or London and Edinburgh.

The record-breaking feat took 41 hours to accomplish. At the start of the race in Mylla, Aukland, who is known for his penchant for trekking ultralong distances, had the company of two fellow skiers, but was alone at the finish. His compatriots dropped off after 550 and 610 kilometres, respectively.

“I'm very bruised and battered. I'm tired. But I stopped while it was still fun. I was never at the very basement, and instead I had a lot of fun yesterday and all night,” Aukland told national broadcaster NRK.

On his way, Aukland admittedly battled elbow pain and challenging conditions, including heavy snow. At night, the temperature dipped to minus seven degrees, and he relayed that it was quite refreshing to see the sunlight again on Sunday morning.

“It was delicious. 700 kilometres is long and the last two hours have been snowy. Then it almost feels like you are standing still. But I had decided to go further than I did. But it fits nice to be packing up now. I am very happy,” Aukland said.

This is not the first time Anders Aukland has attempted such an insane record. Both he and his brother Jørgen were key in the skiing competition dubbed the “Kilometre war”, when contestants completed ultr-amarathons in an attempt to pry away the record.

Part of what motivated them to keep going is financial. In connection with the record-breaking attempt, a fundraising campaign collected at least NOK 500,000 ($59,000). The funds collected go to the organisation Right to Play.

According to Aukland, this inspired him during the last five-hour stretch.

48-year-old Aukland has won both Olympic and World Championship gold medals. He also used to compete in athletics, and is a former national champion in 5,000 and 10,000 metres as well as cross-country running. Over the years, Aukland, the author of the Aukland training method, has won a plethora of long-distance competitions, including Vasaloppet in Sweden, Birkebeinerrennet in Norway and Marcialonga in Italy.