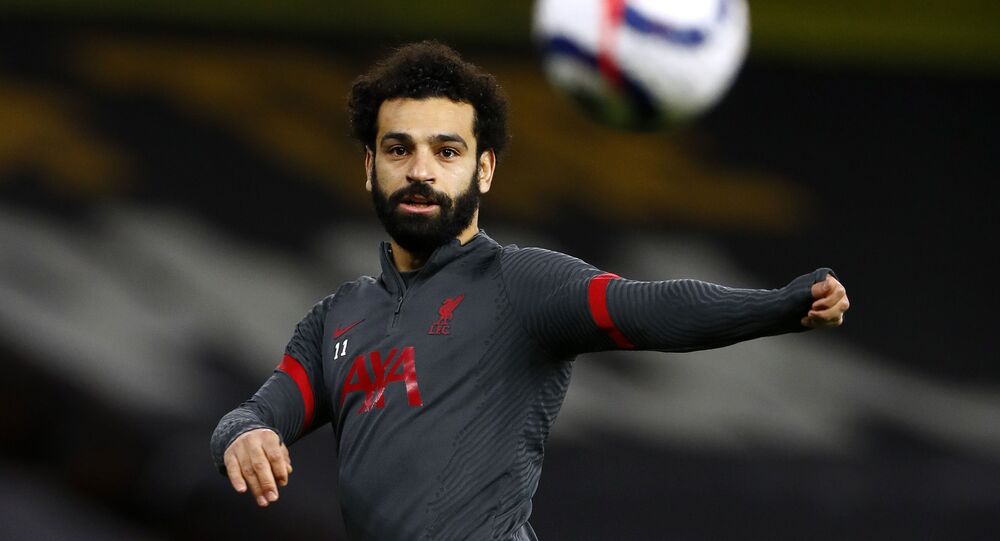 28-year-old Salah will miss up to six weeks of pre-season training if he is allowed to participate in the Olympics. The men's Olympic tournament is for those who are 23 years old or younger, but each country is permitted three older players.

Liverpool FC's Egyptian forward Mohamed Salah is in negotiations with the club about a showdown for his homeland's national football team at the 2020 Tokyo Olympics due this summer, The Sun reported on Saturday.

The club's management is reportedly expected to discuss his intentions to represent Egypt at the forthcoming Olympic Games, which will end only a week before the start of the new 2021/22 Premier League season on August 14.

According to the report, the head of the Egyptian Football Association, Ahmed Megahed, wants Salah to play for the country's national team in the men's tournament, and the forward is assumed to be interested.

"Liverpool management replied to our message saying that they [will] discuss the situation with the player," Megahed is quoted as saying on Egyptian TV. "I am sure that Salah is eager to wear the Pharaohs' jersey while participating in the Olympics if he could but it's not his own decision to make as he needs to discuss it with the club's management."

"I hope Liverpool accept our request," he concluded.

The Olympic tournament begins on July 22 and concludes on August 7, 16 days later. Olympic athletes are not required to complete a two-week quarantine period upon arrival, as Australian Open tennis players were, but Salah will still need to arrive about a week before the tournament begins.

Salah has established himself as a star of The Reds since joining from Roma in 2017, scoring 119 goals in 192 appearances en route to winning the Champions League and Premier League.

Earlier, Salah put his Liverpool future into question by revealing that he might consider a move to Spain. The Egyptian footballer shocked Liverpool fans when he revealed that he would be interested in joining La Liga giants Real Madrid or Barcelona.

The Egyptian footballer was rumored to be on the verge of leaving Liverpool due to a rift with the team's manager, Jurgen Klopp.