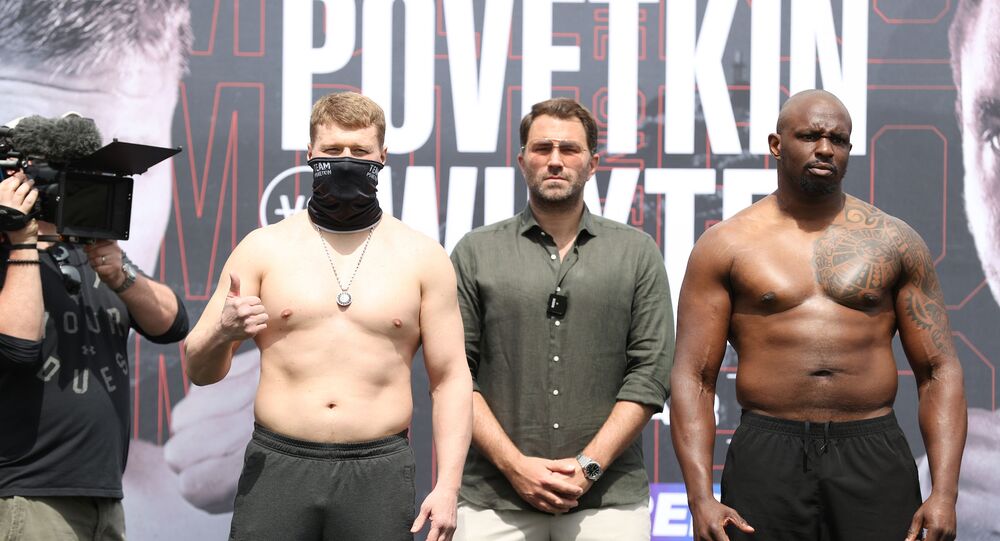 Last summer, British boxer Dillian Whyte lost a battle to his Russian rival, Alexander Povetkin, but promised a punishing rematch. The meeting between the two was initially been postponed after Povetkin tested positive for COVID-19.

British boxer Dillian Whyte managed to knock his Russian opponent Alexander Povetkin out and win their rematch battle on Saturday in Gibraltar.

Whyte stopped Povetkin during the fourth round with a technical knockout. Having lost the battle, Povetkin has now also lost his WBC heavyweight championship title.

"I am just sad I didn't get it finished in the first round. He is a tough guy but I felt I could have finished it early," Whyte told Sky Sports. "I believe I can beat anyone. I want the world title."

Dillian Whyte wins by TKO in Round 4 against Povetkin! #WhytePovetkin pic.twitter.com/2vB370Fwt2

​The rematch comes after the first battle between the two that took place in August 2020 in the United Kingdom, when Povetkin knocked Whyte out.

The rematch was initially scheduled for November, but was then postponed after Povetkin tested positive for the COVID-19 coronavirus.