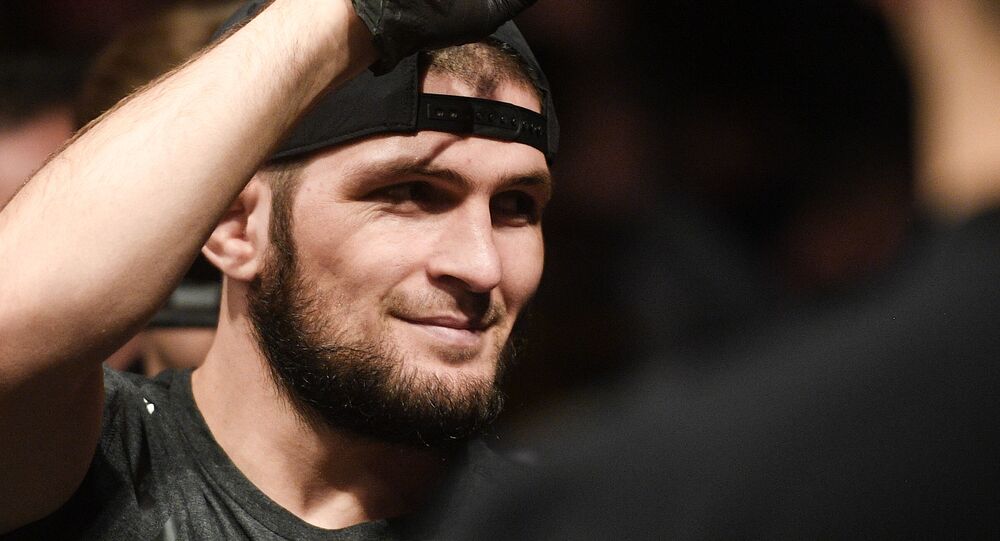 Undefeated MMA fighter Khabib Nurmagomedov announced his retirement in October 2020 after beating Justin Gaethje. The UFC Lightweight champion explained his decision by the fact that he had promised his mum not to fight without his late father and coach who died from COVID complications in July 2020.

Khabib has offered to become the coach of former in middleweight UFC champ Luke Rockhold, TMZ Sport has revealed.

Rockhold told the media that the retired Russian fighter is craving to become “a big part” of his fighting comeback.

"He’s going for the 'Coach of the Year.' That’s what he wants. He wants to be the next great thing, following in his dad’s footsteps,” Rockhold said.

The two fighters have trained together for years but Rockhold says he is yet to decide if he'll accept Khabib's offer, although he adds that he'll probably make up mind mind after the pair finish training in Vegas.

“His dad was always insightful, and always had a good eye for the sport ... and I think Khabib’s ready to assume that role in fatherhood,” the MMA champ believes.

Did I mention @ralphlauren underwear too. These things are money! pic.twitter.com/Ayhcwd90BS

​Unlike Khabib, who defeated Justin Gaethje with a triangle choke hold in October 2020, Rockhold has not had any major fights since July 2019 when he lost to Jan Błachowicz in the second round via knockout. Before that, he was defeated by Yoel Romero.

Khabib announced his retirement last year, saying that he wouldn’t fight without his father who fell victim to coronavirus complications last summer. UFC President Dana White confirmed on Friday that the undefeated Russian would not be making a return to the octagon and has officially retired.