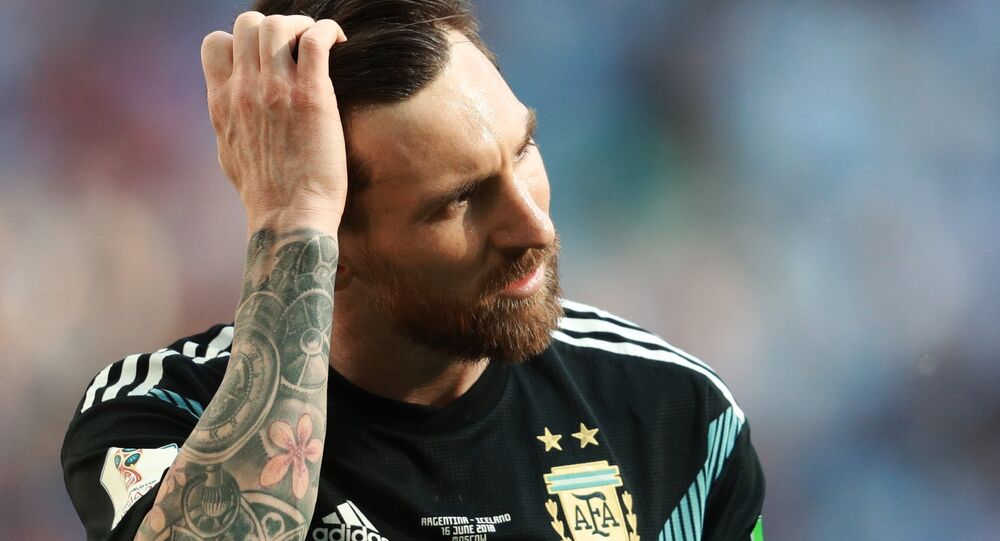 Messi or Ronaldo? Robert Lewandowski Shares Thoughts About Best Player of All Times

Bayern Munich striker Robert Lewandowski won the Best FIFA Men’s Player Award last year and a similar one for the UEFA. But when it comes to his own current football preferences, the Polish player stops short of naming his personal picks.

The captain of Poland’s national football team Robert Lewandowski unveiled his childhood idols but has refused to brand either Cristiano Ronaldo or Lionel Messi as GOAT – the greatest player of all time.

Speaking to Sport Bild, Lewandowski said that it’s difficult to name the footballer who can carry such a high-ranking title:

“There isn't a single player who can be singled out. Players shape epochs. It used to be you,” the Polish striker told Lothar Matthäus, who carried out the interview for the magazine.

In 1991, Matthäus was named the winner of FIFA World Player of the Year award, and remains the only German to have ever received the title ever.

The Bayern Munich striker, however, did not shy away when naming the football deities he worshipped as a child:

“I remember exactly. When I was six years old, there was only one idol for me: Roberto Baggio!” Lewandowski explained.

© REUTERS / GONZALO FUENTES
Soccer Football - Champions League - Round of 16 Second Leg - Paris St Germain v FC Barcelona - Parc des Princes, Paris, France - March 10, 2021 Paris St Germain's Angel Di Maria with Barcelona's Lionel Messi after the match
"Alessandro Del Piero later became my role model in football, I admired him. However, I could not yet judge exactly what characterises his style of play, I was just too young for that. It later became Arsenal legend Thierry Henry.”

Robert Lewandowski was named FIFA Best Men’s Player in 2020, also winning UEFA Men's Player of the Year Award and getting the first position in the list of world’s most prominent footballers, shortly followed by Messi and Ronaldo.

© AP Photo / Alastair Grant
Lionel Messi Revives 'Who’s the Greatest' Debate With Cristiano Ronaldo, Report Says
No Ballon d'Or ceremony was carried out in 2020 due to the coronavirus crisis, so the stakes for 2021 award are even higher.

In 2019, the prestigious award was won by Messi, a record-breaking sixth Ballon d’Or in his career. However, this year he is projected to be succeeded not by his long-time football rival Cristiano Ronaldo, but either by PSG’s Kylian Mbappe, Borussia Dortmund’s raising star Erling Haaland or even by Lewandowski himself.