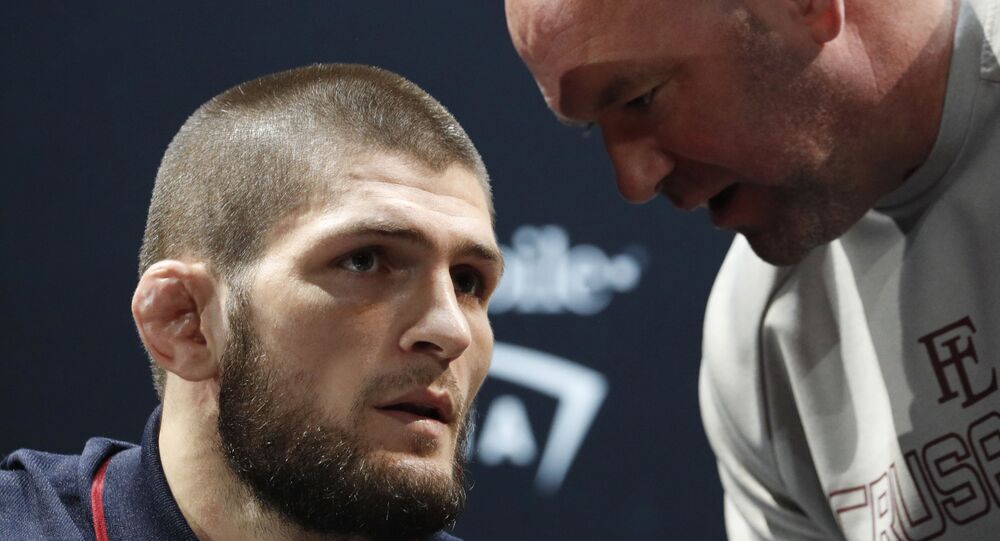 ​White also said speaking to the ESPN that on 15 May, at UFC 262, there would be a fight for the vacant champions' belt held by Nurmagomedov between American Michael Chandler and Brazilian Charles Oliveira.

He is 💯 officially retired. It was incredible to watch you work @TeamKhabib thank you for EVERYTHING and enjoy whatever is next my friend. pic.twitter.com/QeoSP12zw2

In October 2020, Nurmagomedov defeated American Justin Gaethje in the second round and announced his retirement. He explained his decision with a promise to his mother that he was not going to fight without his father, who died of COVID-19 complications last year.

Nurmagomedov became the UFC champion on 7 April 2018, defeating American Al Iaquinta by unanimous decision. He defended his title three times against McGregor, Poirier and Gaethje. 32-year-old Nurmagomedov spent 29 fights in mixed martial arts without a single defeat. He has been with the UFC since 2012, scoring 13 victories.