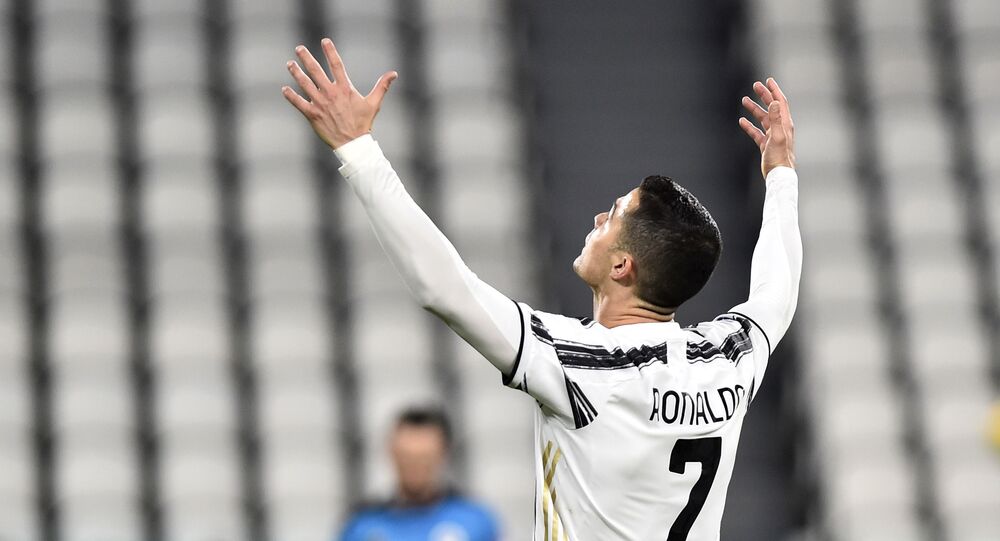 Legendary 20th century Brazilian footballer Pele, who was previously dubbed the world's top scorer after garnering 767 goals during his prolific career, was among the first to congratulate his Portuguese successor.

Cristiano Ronaldo has taken the baton from Pele as world's top scorer after performing a hat trick during the Sunday game between Juventus and Cagliari that ended 3-1.

Celebrating his achievement, Ronaldo took to Instagram to roll out a lengthy post full of gratitude to Pele and his fans.

"Today, as I reach the 770[th] official goal in my professional career, my first words go straight to @pele", Ronaldo wrote. "There’s no player in the World who hasn’t been raised listening to stories about his games, his goals and his achievements, and I’m no exception."

The previous record holder congratulated Ronaldo on the milestone, expressing admiration for him and saying that his only regret is "not being able to give you a hug today."

"I admire you a lot, I love watching you play and this is no secret to anyone. Congratulations on breaking my record of goals in official matches", Pele wrote, marking the pass of the title to his Portuguese counterpart.

During a celebrated career, the iconic Brazilian footballer scored 767 goals.

While Ronaldo's hat trick surpassed that number by three, there are other footballers claiming to have obtained the top scorer title, like the Czech player Josef Bican who claims to have scored 821 goals, or former Brazilian forward Romario with his alleged 1,000 goals.