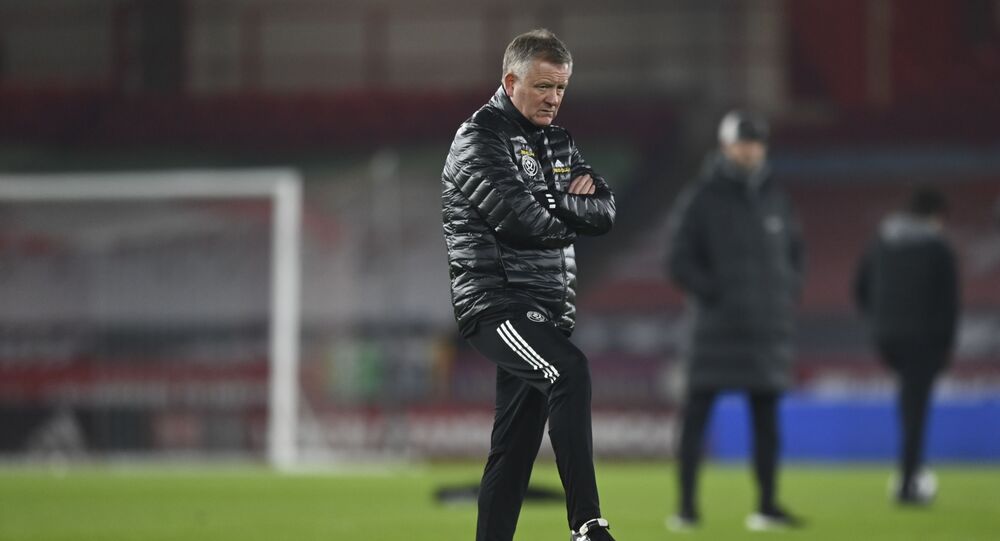 Sheffield United were promoted to the Premier League in 2019 and ended the 2020 season in ninth place. But they have been on a terrible run of form this season and are doomed to relegation.

The English Premier League’s bottom club, Sheffield United, have reportedly fired their manager Chris Wilder after a season in which they have lost 22 out of 28 games.

But social media, and in particular Twitter, has come to his defence with hundreds of people criticising the club’s board for sacking him.

This is a sad end following a superb few years. Huge respect for Chris Wilder and what he’s done for @SheffieldUnited. Thought more clubs might learn from @NorwichCityFC and stick with their managers in the event of being relegated. Alas not. https://t.co/zrafDTvhWG

​Sky Sports said on Friday, 12 March, Wilder had left his job as Sheffield United manager after five years with the club staring relegation in the face.

United - who are known as The Blades because of Sheffield’s history as a centre of the British steel industry - have only 14 points and would need to go on an incredible run if they are to stay up.

Chris Wilder is the latest case of a manager doing supremely well for so long, defying convention and exceeding expectations only to be sacked because, well, miracles don't last forever.

He took charge of Sheffield United in 2016 when they were in League One.

He got them from the third tier of English football to the Premier League and their performances had pundits purring last season.

Chris Wilder sacked 🤷🏽‍♂️🤔😳😩 The game I love is crazy at times ⚽️ Not heard any of the fans shouting for his head but as a manager you do expect the unexpected. Well done Chris - despite current position in the table, what a great 5 years you have had 👏🏽👏🏻

​Their ninth place finish in 2019/20 was their highest league position in 28 years.

But the board have now reportedly dismissed him and are searching for a new manager, with Croatia’s Slaven Bilic said to be among the front-runners.

If Claudio Ranieri can get sacked in the middle of the season after delivering the most amazing title English football has ever known, nothing should be a surprise but Chris Wilder's exit from Sheffield United does when you consider they were in League One when he went there.

​Despite United’s terrible run of form - their 2-0 defeat to Southampton on 10 March was their 22nd loss this season - many football fans on social media had sympathy for Wilder, whose biggest signing - striker Rhian Brewster from Liverpool - has failed to score a single goal since his £23 million move last summer.