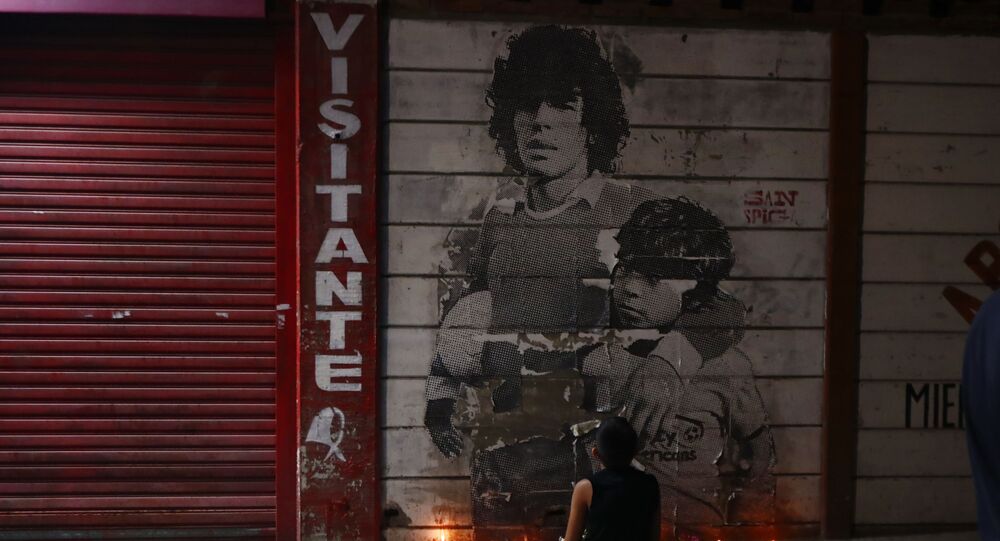 Iconic Argentinian football player Diego Maradona died at the age of 60 in November 2020 after suffering a heart attack, prompting mournful tributes from millions soccer fans around the world.

Jana and Gianinna Maradona, daughters of the late Argentinian football icon Diego Maradona, are leading a march in Buenos Aires on Wednesday, calling for further investigation into the death of their father.

While the official cause of Maradona's death is heart attack, many of his fans have cast doubts. Three weeks before his death, he underwent a successful surgery.

An Argentinian football legend, Maradona died at his home in Dique Luján, Buenos Aires Province. A beloved sports icon who was plagued throughout much of his life by cocaine addiction and alcoholism, his death saddened millions of fans, celebrities and prominent sport figures across the world.