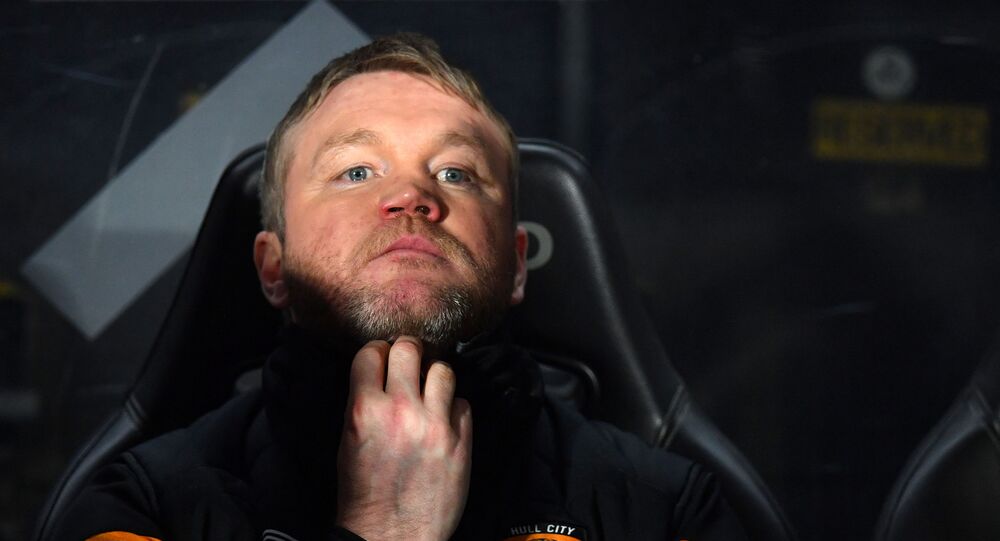 The Hull City-boss has faced stringent criticism and pressure in the past few months, since his club was relegated to the bottom place of League One last year, following his side’s fiasco at a number of matches.

The Tigers’ coach Grant McCann, 40, has shared that he is truly lucky to have survived multiple IRA attacks in his childhood, which makes him totally unfazed by the pressure and burdens he has so far faced at Hull.

His current fight to try to guide his team out of the third tier, League One, is a trifle in comparison with what his family and compatriots had to go through in the 1980s and 1990s.

“In Northern Ireland back then it was part of the DNA, you were right in the thick of it. I was lucky not to get involved in it all”, McCann said, as cited by the Scottish Sun, detailing how they narrowly – by seconds - escaped death on at least on one occasion:

“We missed out on being killed by seconds. I was in a car driving back from the Glentoran v Linfield game. We came back over the Boyne Bridge and turned into our street – and then there was the explosion,” he recounted, stressing those chilling memories as reasons “why you want to bounce back from adversity”.

“You want to do the best for yourself and your family. Sometimes you feel lucky to be here, so adversity you must always fight.”

Set up in 1969 as the clandestine armed wing of the political movement Sinn Fein, the IRA is devoted both to removing British forces from Northern Ireland and to unifying Ireland.

The IRA conducted attacks until its cease-fire in 1997 and agreed to disarm as a part of the 1998 Belfast (Good Friday) Agreement, which established the basis for peace in Northern Ireland.

McCann’s life and football career as a player and coach has a recurring theme of him bouncing back from adversity, th Sun repported.

Speaking about his 5-year stint at the West Ham, which he joined in 1996, thereby starting his professional career, he recalled:

“Glenn Roeder [the manager] told me I wasn’t going to be involved in the next game because he thought the West Ham fans might get on my back. These are the sort of things that are there to test you”, he said, arguing that to “bounce back you need to have a strong character – you must crawl out from under that rock and stand up in the face of adversity”.

A little over a year after he was appointed as head coach of Championship club Hull City on a one-year rolling contract, on 14 July 2020, Hull lost 8–0 at Wigan Athletic. The result plunged Hull in the bottom three by one point, with the Yorkshire team having won only once in their past 18 games. Hull were relegated to League One in 24th spot, and bottom place, following a defeat by Cardiff City on 22 July.

Nevertheless, McCann who earlier had had a loan spell at Livingston as a player, said he hoped to continue coaching Hull in the upcoming season and propel his squad to success, having previously guided Peterborough and Doncaster to the League One play-offs.

LeBron James Hits Back at Zlatan Ibrahimovic, Tells Football Player to Practice What He Preaches