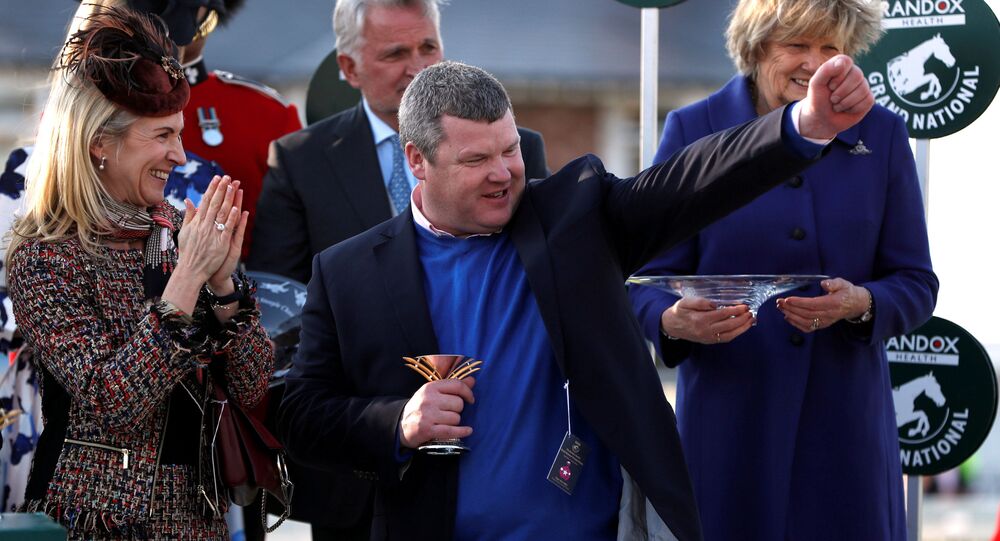 The Grand National - the world’s most famous and most dangerous steeplechase - is due to take place at Aintree, near Liverpool next month. Animal welfare campaigners have been calling for it to be scrapped for years because of the death toll it wreaks on racehorses.

One of Ireland’s most successful racehorse trainers has made a grovelling apology after a picture emerged of him chatting on the phone and smiling while nonchalantly sitting on a dead horse.

Animal welfare people are up in arms and claim the picture is evidence of a callous attitude to horses in the racing industry.

​Gordon Elliott - who has won the Grand National three times - issued a statement in which he said: "I apologise profoundly for any offence that this photo has caused.”

Twitter rapidly filled with memes and comments about the incident and Elliott’s apology.

Elliott, 43, said: "I can categorically state that the welfare of each and every horse under my care is paramount and has been central to the success that we have enjoyed.”

​The trainer, who won the race with Tiger Roll in 2018 and 2019, explained that the horse in the photo died of a heart attack while training and he said it was a “sad time”.

​Elliott added: "I was standing over the horse waiting to help with the removal of the body, in the course of which, to my memory I received a call and, without thinking, I sat down to take it. Hearing a shout from one of my team, I gestured to wait until I was finished."

An Irish Horseracing Regulatory Board spokesman said: "The investigation is ongoing and will be dealt with as quickly as possible."

The British Horseracing Authority said it was a "shocking image."