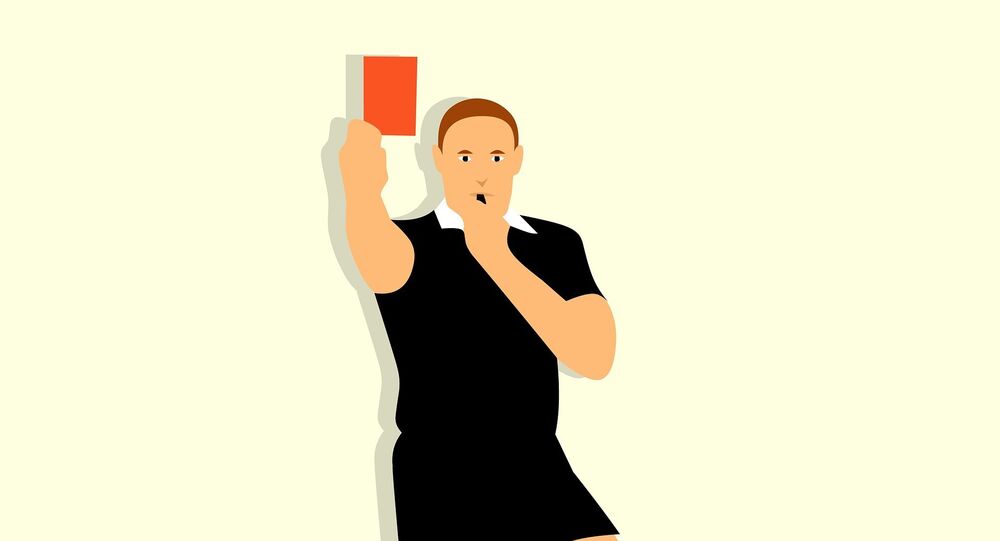 A goalless draw between Ipswich Town and Northampton in the third tier of English football would not normally trigger a huge response on social media. But the actions of referee Darren Drysdale have seen the match trending on Twitter.

Referee Darren Drysdale has been given overwhelming support on social media after he was photographed confronting Irish midfielder Alan Judge during a game on Tuesday night.

The match official came close to headbutting the player during a heated exchange at the end of the match.

Finally, a ref with the balls to stand up to the pathetic behaviour of some players #darrendrysdale pic.twitter.com/YTM4FH7tPg

​Judge, 32, was playing for Ipswich - former champions of England, who have fallen on hard times and are now in the third tier of English football.

Is there a Darren Drysdale fan club I can join Joe. Thats my kind of ref!

​They were drawing 0-0 at home with lowly Northampton when Judge was booked for diving in the penalty box. He ranted at the referee, who squared up to him intimidatingly before the pair were broken up by Northampton's Lloyd Jones.

Darren Drysdale you absolute legend . Don't mess with the ref
😡🤜

​After the incident Ipswich's Flynn Downes was sent off for violent conduct.

Fair play to referee Darren Drysdale if that player gave him some verbal abuse just because he got caught diving.

​The Football Association is investigating Drysdale’s contact but on Twitter he has been praised for standing up to footballers.

Surprised by the amount of love this ref is getting for standing up to a player that obviously said something abusive to him. Thought social media would of thrown him under the bus. @SkySports #referee #darrendrysdale https://t.co/5L0n5gJajy

​Several people on social media compared him favourably to retired Italian referee Pierluigi Collina, who was famous for his bald head and intimidating presence.

Pierluigi Collina - the most respected referee. Players knew where they stood with him - no one had an issue with it, why now with Darren Drysdale? - keep doing what your doing Darren, footballers need to be reigned in!