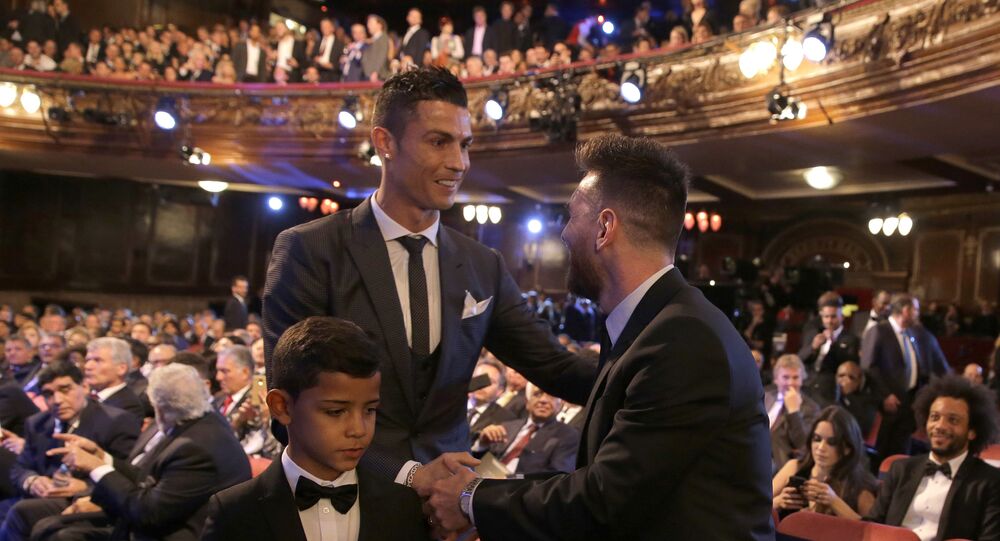 Messi and Ronaldo - their competition on the pitch in La Liga has dwarfed some of the fiercest rivalries in the history of sport. Discussions about which of the two athletes should be named the GOAT – greatest of all time - have been going for more than a decade with various pundits and players siding either with the Argentine or the Portuguese.

Lionel Messi has revived his rivalry with Cristiano Ronaldo after scoring two goals against Deportivo Alaves on Saturday. According to the michelacosta.com website, which claims to have the largest statistical study on Ronaldo versus Messi, the Argentine’s latest success means that he has scored 573 goals from open play during his career.

Ronaldo, 34, has scored the same amount of goals, but is two years older than Messi, which suggests that the Argentine has better goal-scoring abilities. The Portuguese, however, leads in the overall amount of goals – 763, against Messi's 724.

Ronaldo also leads in his goal-scoring average this year: so far he's netted 23 goals in 26 appearances whereas Messi has scored 19 goals in 28 appearances.

Over the years, numerous football stars have voiced their opinion about which of the two athletes should be crowned the GOAT.

David Beckham, Kaka, Marco van Basten and Zlatan Ibrahimovic prefer Messi to Ronaldo. Late football legend Diego Maradona, who was from Argentina, also said that Messi is the better player, although he admitted that he wished Ronaldo was an Argentine and called the athlete an "animal".

Zinedine Zidane, Roberto Carlos, Nani and Pele, however, reckon that Ronaldo is the greatest football player.